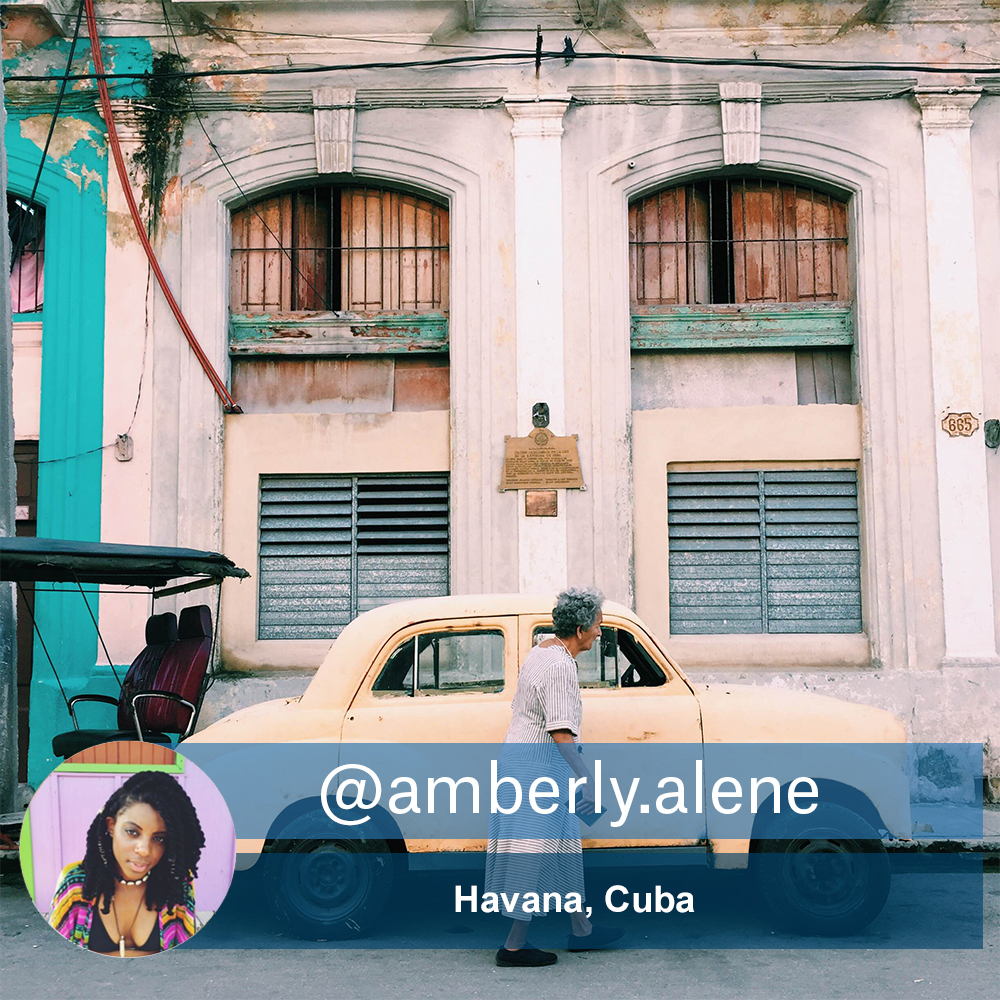 A documentary filmmaker and photographer working in Havana, Cuba, Amberly Alene captures the colorful vibrancy and culture of the Caribbean through a photographic eye. She recently took over the Alaska Airlines Instagram account as a “Local Wanderer” as a part of Alaska’s Weekend Wanderer series. To see more local flavors of the world, make sure you’re following Alaska Airlines on Instagram.

The streets of Havana have their own unique melody. The rumbling of taxi engines and the calls of street vendors collide with the sounds of pop music and bachata from the speakers of bici-taxi drivers. The boom of a reggeton beat may greet your ear at the passing of an arch of any given doorway in a centuries old apartment building in Havana Vieja. For me, each day in Havana is a ballad. It is an intricate song with a special melody. There is a constant rhythm of day to day life that makes the city so famously unforgettable. 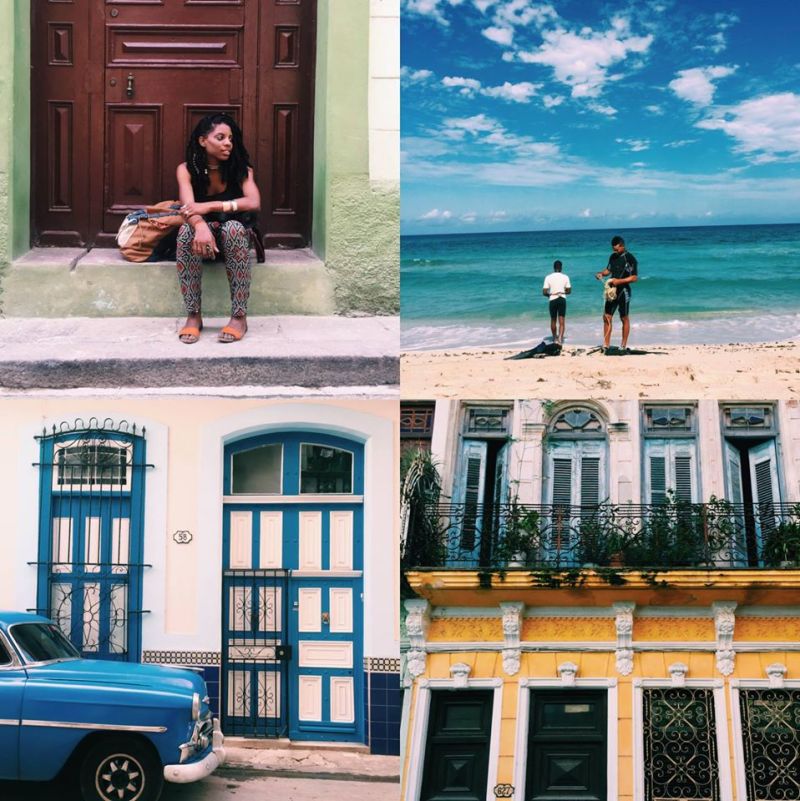 The daily sounds of Havana are the inspirations for my top five picks of Havana’s live music for an eclectic ear. These are my favorite selections for a great night of music in Havana:

Jazz lovers will appreciate this famous venue in Vedado, situated between Avenue 23 and O Street. The easy-to-find entrance to the club is marked by a classic red English telephone booth. La Zorra y el Cuervo or “The Fox and The Crow” showcases some of the best in jazz music and includes the acts of many young up-and-coming Cuban artists. Talented jazz singers such as Havana’s own Zule Guerra and her band can be heard live, as there is music every night. There is a $10 charge for entry that includes two drinks, and although the club is a small setting, it hosts an intimate and relaxed atmosphere that is a must-see for the jazz enthusiast.

This colorful alley located between Aramburu y Hospital Street in Centro Havana is lined with the beautiful artwork of Salvador Gonzales. The murals, paintings and sculptures are dedicated to the Afro Cuban culture and religion, and is a great visit for artists interested in the influence of African culture in Cuba. At noon on Sundays, there is a rumba party, with live music and folkloric dance performances. Callejon de Hamel makes one of my favorite picks, as it is not only a great opportunity to listen to great music, but also to learn about some of the oldest roots of Cuban culture.

Hip hop lovers, Thursday is your night. Old school hip hop, Classic R&B, Funk, break dancers and even some dance battles can be found at Palacio de la Rumba’s hip hop party on Thursdays. For adventurers looking for an alternative nightlife scene, Palacio de la Rumba, located in front of Parque de Trillo in Centro Havana and is my pick for a night of great music and people that go against the grain.

Hip hop emerged in Cuba in the 1990s, and since then, Cuban hip hop artists and DJs have received international recognition for their unique style and socially conscious themes. Hip hop groups such as Obsesión and Doble Filo pioneered the movement with their innovative sound. Palacio de la Rumba on Thursday night is the perfect place to get a feel of the scene and the underground hip hop culture that still remains strong in Havana. Find your way to Palacio de La Rumba on a Thursday night if you are looking for something a little different from traditional Cuban music genres.

Tucked away at one of Havana’s less tourist- explored neighborhoods, Miramar, is Diablo Tun Tun. This venue has cheap drinks and brings a mixed audience of locals and foreigners, which is why it’s always packed and hot — perfect for a night out dancing.

While Diablo Tun Tun exemplifies the Cuban tradition of sets that last the whole night, most celebrated is its matinee show that starts at 5 p.m. and ends at 9 p.m. On Thursdays, this show is reserved for Ray Fernandéz, whose Peña is considered one of the best in the city. Along with an outfit of horns, piano and percussion, this show is perfect as a pre night energizer or dance fix.

The beautiful waterfront location makes 1830 restaurant located on the Malecon of Havana one of the most breathtaking places to listen to live music in Havana. The colonial era building was once the mansion of Cuban president Carlos Manuel de Cespedes. The meals at the restaurant are moderately priced, but the best part of 1830 isn’t the food. Locals and tourists enjoy live salsa music at 1830 on Thursday and Sundays nights with a great view of the sea and a nice breeze. After a hot summer day, 1830 is my pick to cool off and enjoy great music and the sounds of a live salsa band.