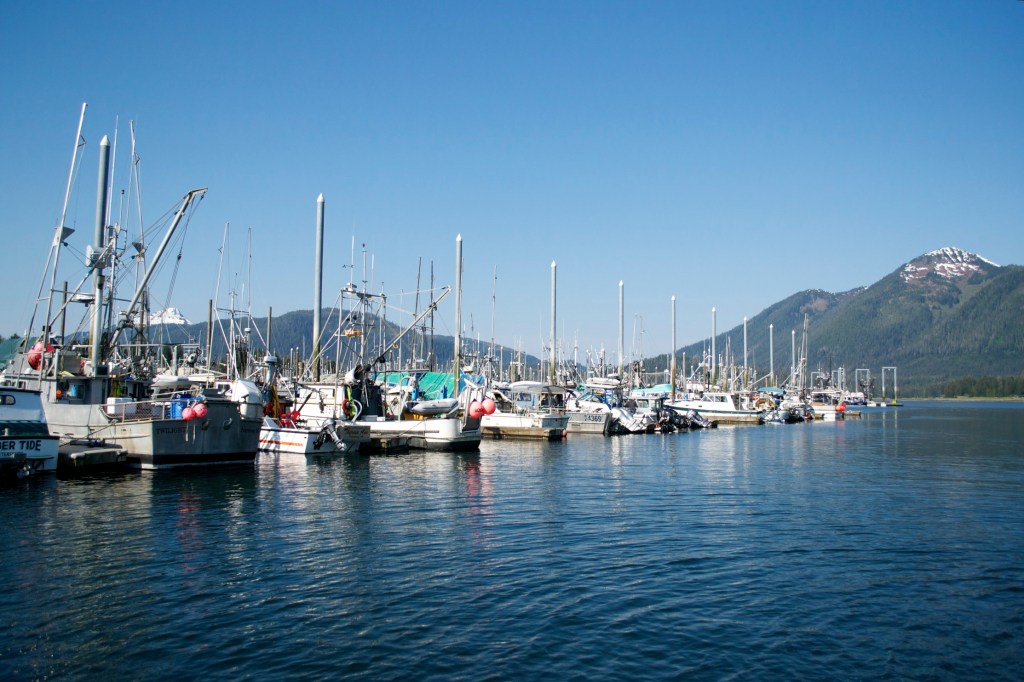 Tucked beneath the clouds that often cover Southeast Alaska is the small fishing town of Petersburg, located on Mitkof Island. With a population of 3,209 year-round residents, there are three canneries that bring in an additional 800 people during the summer months. And at first glance, there appears to be more boats in the harbor than people in the town.

Not only is Petersburg home to one of the largest fisheries in Southeast Alaska, but it is also known as Alaska’s “Little Norway,” with many of its residents tracing their roots to Norwegian heritage.

Although local Tlingit Native tribes had been fishing off the beaches of Mitkof Island for thousands of years, it was during the 19th Century that Peter Buschmann, a Norwegian, set his sights on Mitkof Island and deemed it the perfect place for a salmon cannery, using the icebergs from the nearby LeConte Glacier to keep the fish cool.

Today, many descendants of Buschmann and those who followed him from Norway to Alaska still reside in Petersburg, and the celebration of Norwegian Constitution Day has turned into Petersburg’s largest celebration of the year.

Travelers from all over the state and the Lower 48 flock to Petersburg every year during the third full weekend in May for the Little Norway Festival or “Mayfest.” The five-day festival includes a parade and a variety of community events including a herring toss and a pageant, where the Sons of Norway’s Norwegian American Award is awarded and local children perform traditional Norwegian dances. There is also live music and plenty of opportunity to try traditional Norwegian dishes and local Alaskan seafood favorites. 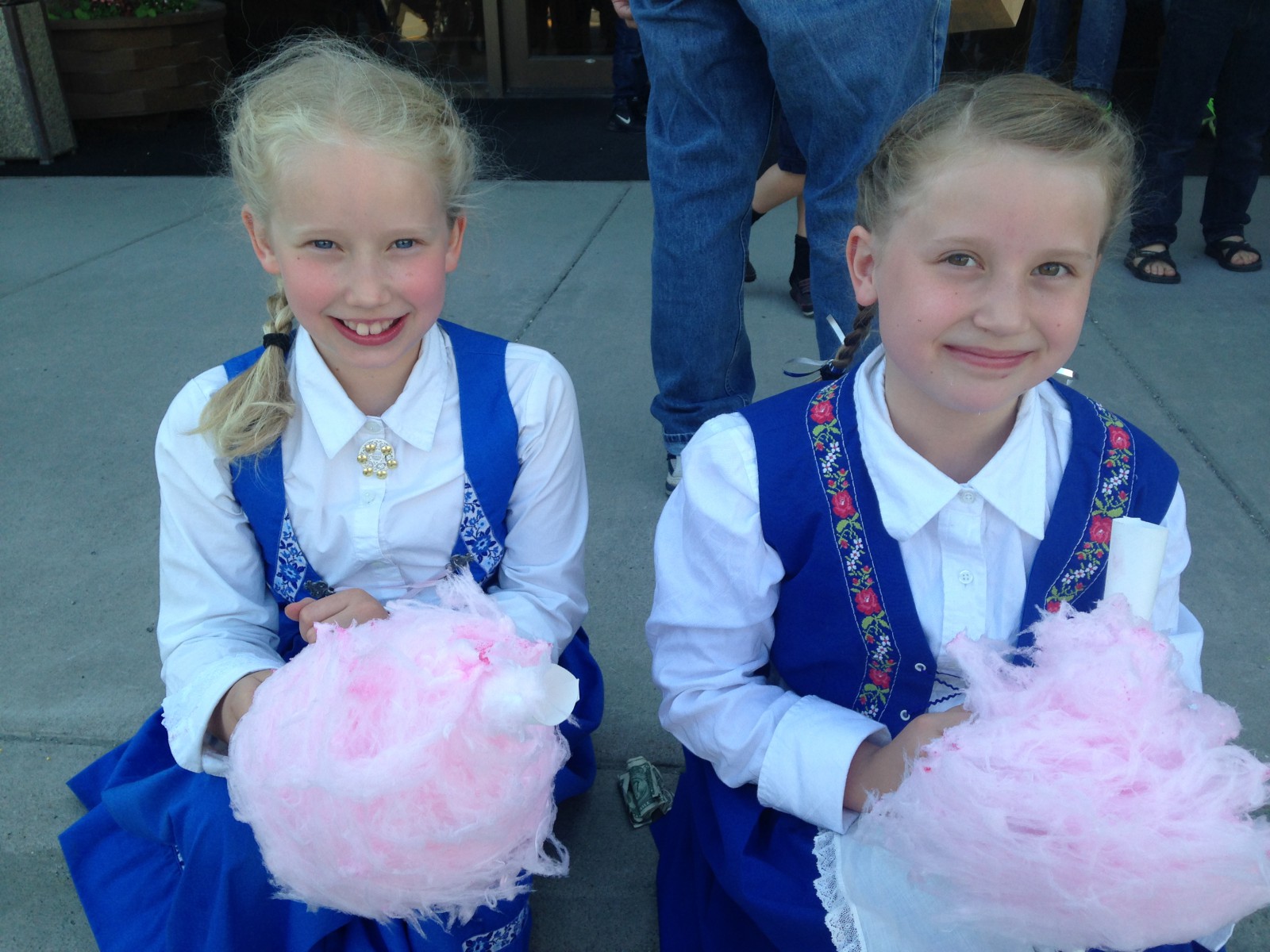 A hallmark of the festival, besides the food, crafts, games and events is the local Viking brigade. The Vikings are easily spotted donning horns and furs and carrying staffs. They’ve earned the reputation as the pranksters and practical jokers of the festival and travel in their Viking van, a converted tour bus with deer horns and the Norwegian flag proudly displayed on the outside. The Vikings have been known to “kidnap” people at the festival and hold them in Viking jail for ransom. 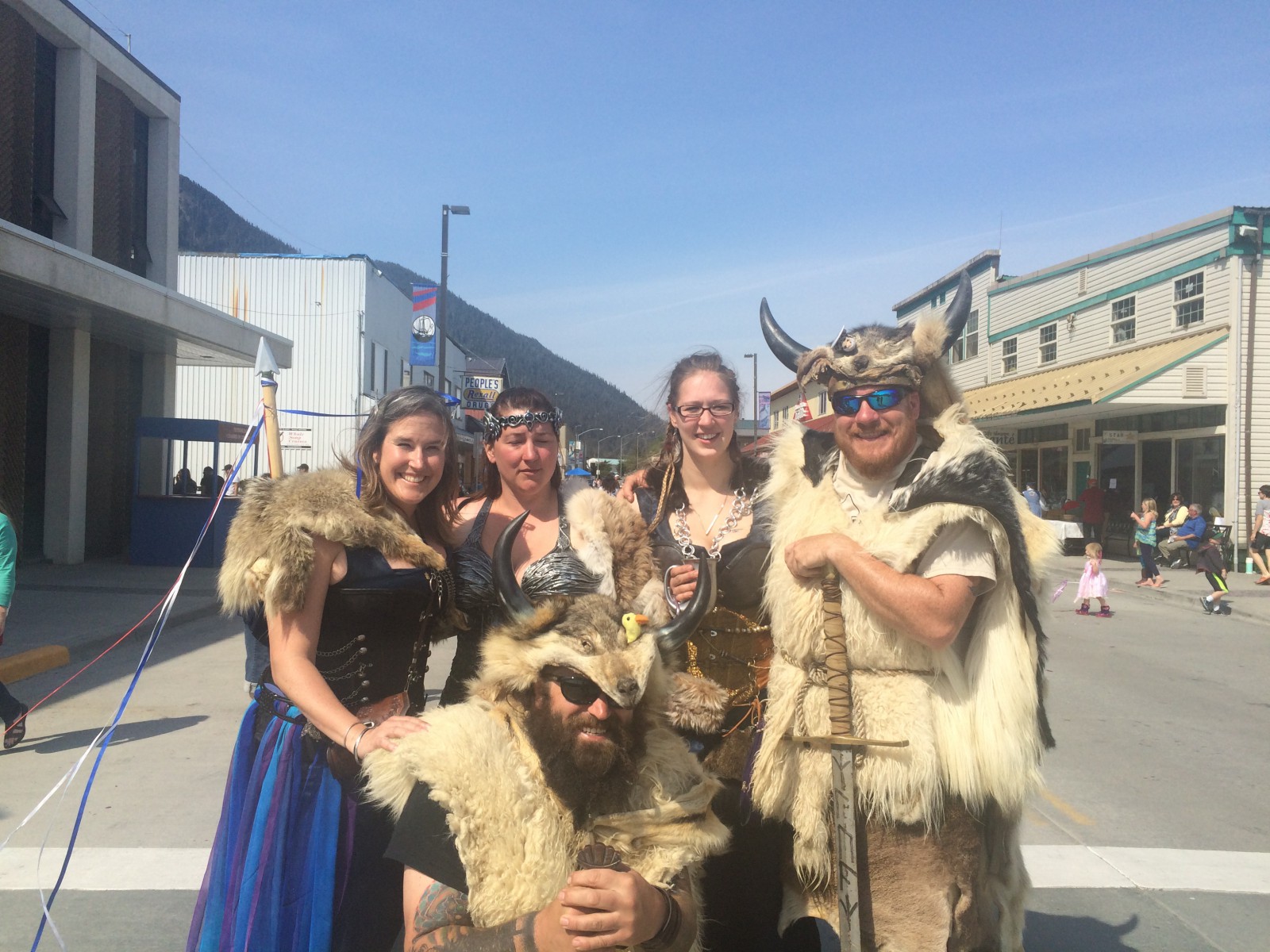 We caught up with one of the top Valkyries, who identified herself as “Facedown Fenrah.” Fenrah has been a part of the group and the festival for several years.

Q: What is your role at the festival?

A: We’re the merry pranksters of the festival. We do a lot of photo ops because a lot of people want their pictures taken with a Viking. We go to the pageant every year and try to attend several functions around town. We host the Viking jail.

Q: How do people end up in Viking jail?

A: We take dignitaries who we think maybe need a little time in our jail or people will buy warrants from us. If you wanted to throw one of your friends in jail you would come to us and say, “Hey I want to throw my friend in jail, here’s ten dollars and this is what I want you to tell them what they’re in jail for.” So we’ll pull them out of a restaurant, we’ll pull them out of a bank, we’ll pull them off the street and march them down into the jail and read out who put them in there and why. And they stay in there until they pay their bail or we decide they’ve done enough time.

Q: What else do you guys do as a group, other than Little Norway/Mayfest?

A: We do a couple of appearances throughout the year and a couple of other little things like if a dignitary is in town, we’ll get dressed up and kidnap them. We also helped out with the BeerFest this year and held a raffle there, but it’s mostly just Mayfest.

Q: What made you want to become a part of the Vikings and Valkyries?

A: I have wanted to be a Valkyrie since I was three years old. Every year we try to go out to the airport  when the planes come in and greet people coming to Mayfest, and I can remember being up at the airport and watching the Valkyries in all of their dress and thinking that I wanted to be a part of that.

Q: How does one become a Viking?

A: It’s a nomination process. We’re a closed group, so people who want to be a part of the group can ask someone to nominate them. Sometimes we see people who we think would be wonderful and ask them if they want to join, but it’s usually a nomination. During your rookie year, Vikings won’t have horns, and the Valkyries won’t have wings. Your second year you’re allowed to carry an axe or a sword. And then you get your horns and your wings and your chest plates.

The Little Norway Festival is held the third full weekend in May every year in Petersburg, Alaska. Alaska Airlines offers two flights per day into Petersburg.

Stop by Miele Gallery and Framing to check out displays of local artwork. Brenda Swartz-Yeager, a local favorite known for painting nautical scenes on historic charts, was at this year’s festival signing her work.

Pop in to Lee’s Clothing on Nordic Drive for authentic Norwegian hats, sweaters and blankets to blend in with the locals during the festival.

Do not miss the “Kaffe Hus” at the Sons of Norway Hall. Fresh homemade Norwegian sandwiches, pastries and other goodies, but get there early as it can easily take half an hour to get through the line outside the door.

Viking Travel and Viking Tours can set up any local tours including fishing, helicopter flightseeing, an excursion to nearby LeConte Glacier Bay and much more.