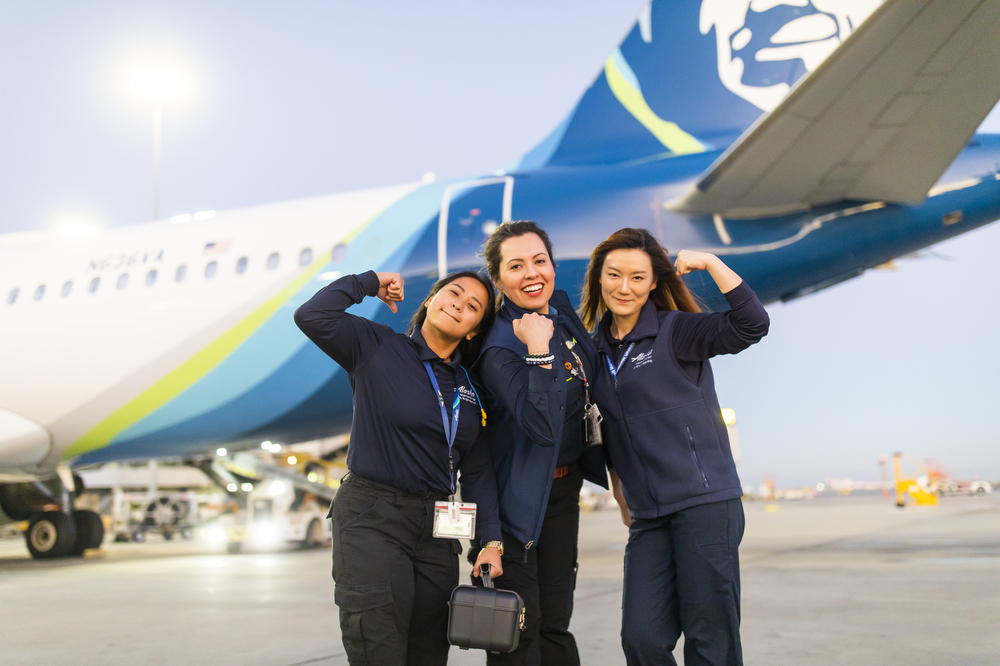 Alice grew up fixing anything and everything around the house alongside the men in her family. She became a licensed aircraft technician before she was old enough to buy a beer.

Surin originally planned to be an aeronautical engineer. But during university, she realized she’d rather do hands-on work maintaining planes than study the math and science behind them.

Charize dreamed of becoming a pilot, but wanted to learn about the nuts and bolts first and has been hooked ever since.

These three women forged diverse paths to Alaska Airlines’ maintenance operation at San Francisco International Airport – all sharing a love for aviation and their craft, making Alaska’s planes safe to fly every day. Today, on International Women’s Day, we’re sharing their stories of working in the maintenance group at Alaska – and celebrating women throughout the company.

Alice, Surin and Charize are among about a dozen women in the group of 920 aircraft technicians across the airline – in a work force that is 98% male nationwide.* With Alaska’s plans to hire dozens of new aircraft technicians this year, the SFO team hopes more women will join their ranks.

“Working on aircraft always inspires me to challenge myself,” Surin says. “As an aircraft mechanic, I ensure the passengers’ safety and the airworthiness of aircraft. That makes me feel empowered.”

“Aviation, I love it. It’s the people and airplanes. That’s pretty much it.”  – Alice

Throughout her maintenance career, Alice has worked in aviation operations ranging from agriculture to experimental, from cargo to corporate – repairing all kinds of aircraft, from crop dusters to jets. In 2011, she added commercial jets to her repertoire, becoming the first woman hired as a technician at Virgin America. “It opened a whole new world for me,” she says.

And while she loves all areas of aviation, she appreciates the culture at Alaska, where she’s worked since 2018. “It takes a certain type of person to be in this career,” she says “You have to have passion, creativity, heart – and be willing to work hard at times. Aviation brings these types of people together.”

Alice credits early mentors with giving her a solid foundation. “I was blessed to have a lot of old-timers who took time to teach me how to approach an airplane,” she says. “They never made me feel different for being a woman. And humbly, I am thankful for that and for giving me that space where I just saw myself as a mechanic, regardless of my gender.”

Now, Alice is taking a ­­­­­new generation under her wing. This month, she’s attending her first Women in Aviation International (WAI) conference, where she hopes to encourage other women interested in maintenance. “I feel like I’m at a place where I could be a mentor,” she says. “Somebody did that for me, and it’s my time to give back.” 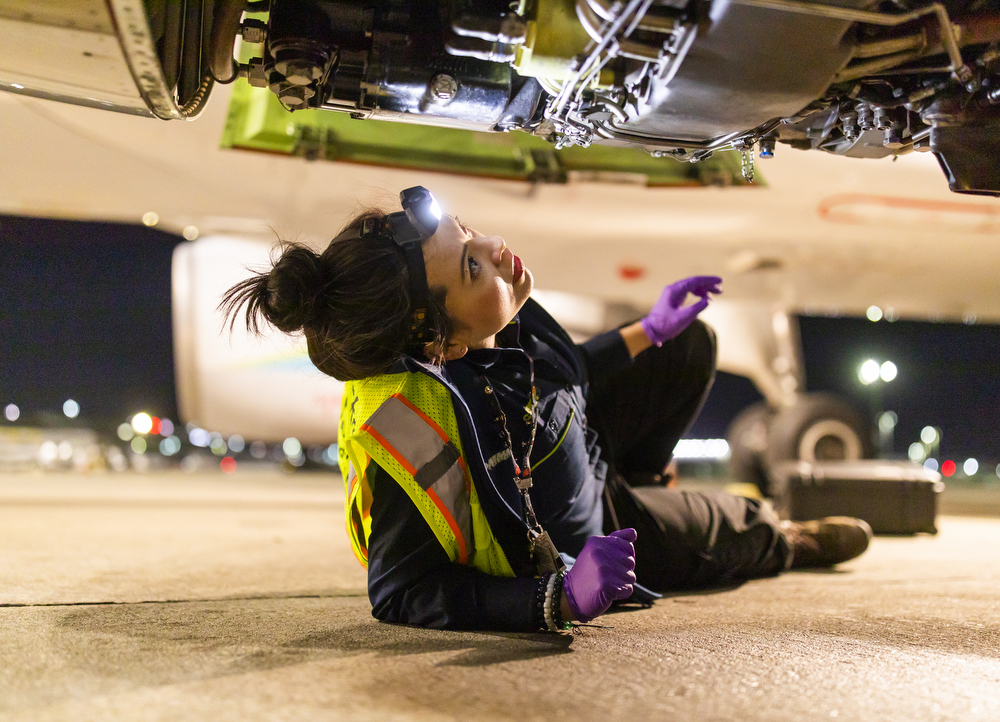 Some of her favorite parts about her job: “I like that I’m not limited to only working on one component or part. I get to work on the whole airplane,” she says. And she also loves to travel. She’s been to 28 countries and counting.

I’m excited to see other ladies starting their journey, and if I can help them in any way, it would be a privilege,” she says. 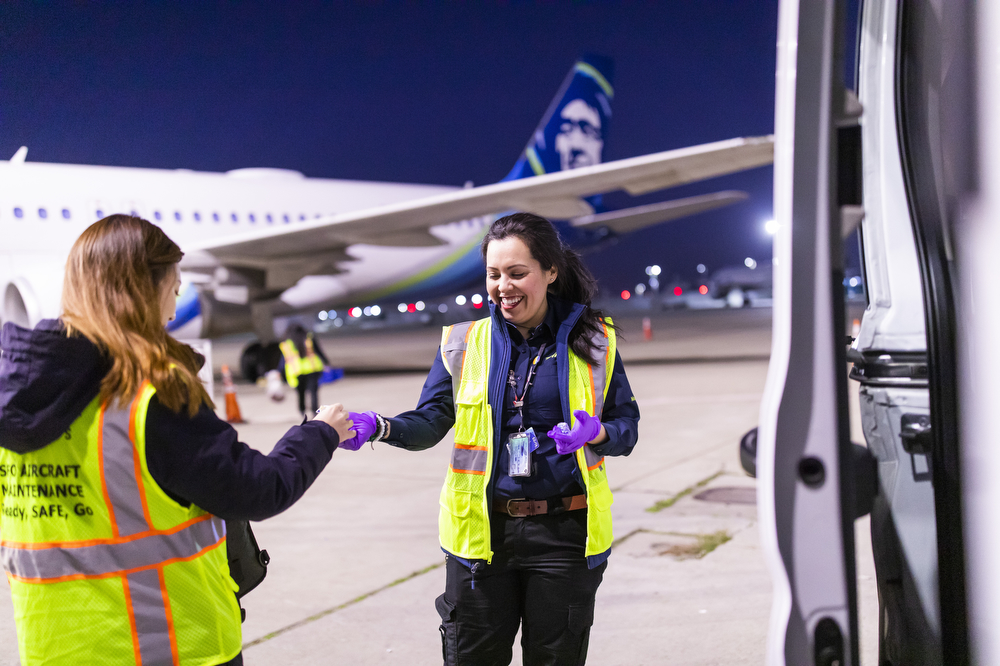 Alice, whose Instagram is @fixandfly, plans to eventually earn her pilot’s license, and she sees a long career ahead fixing planes. “Fixing is something I’m going to be doing the rest of my life,” she says. “And flying is just the best way to get around.” 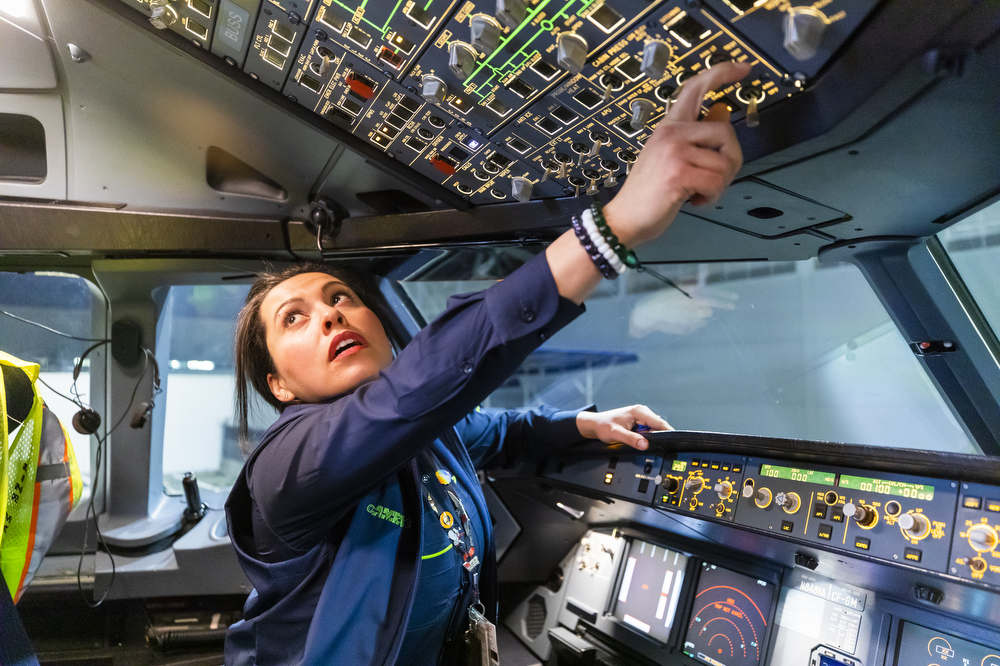 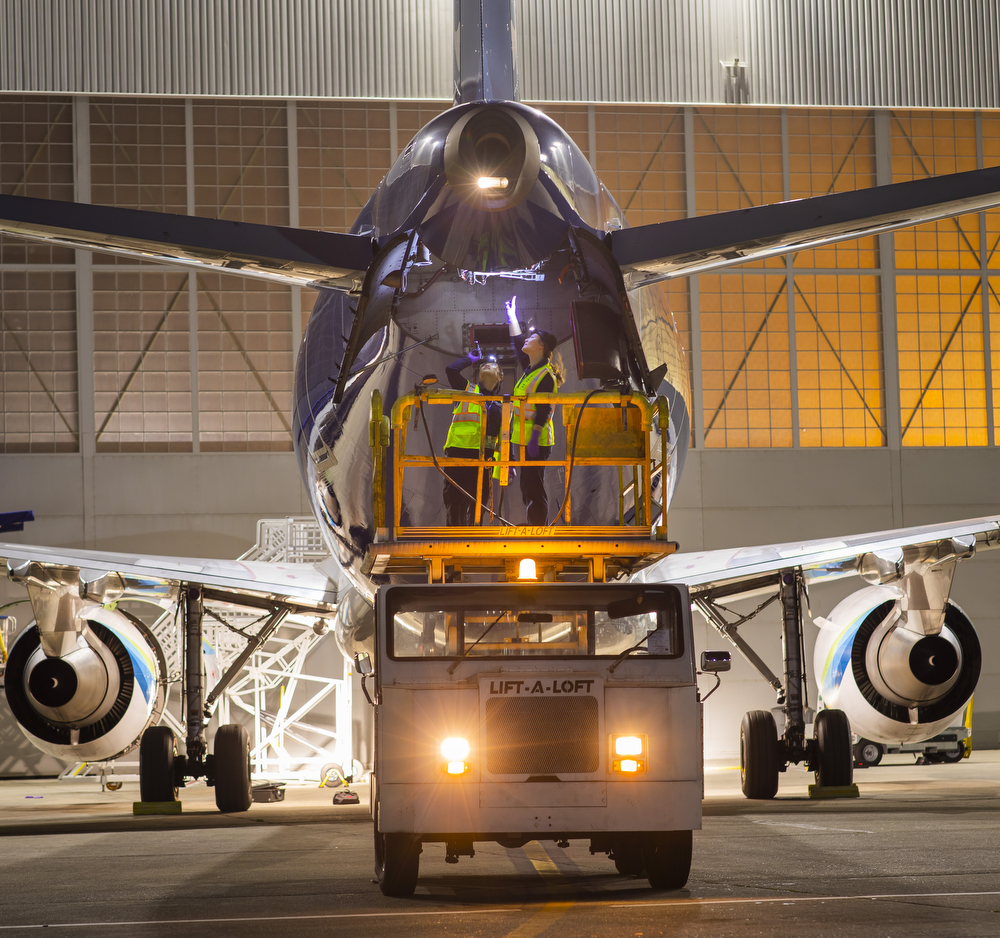 “Passengers can’t see us working at night, but they trust us. When planes start leaving, they know that they’re safe.” – Surin

Surin has always had a natural affinity for fixing things – and when she realized she could make a career out of it, she decided to move to the U.S. from South Korea to pursue aviation. After graduation from Embry-Riddle Aeronautical University in 2018, she had several job options, including an offer from Alaska Airlines. “I’m glad I chose Alaska because of their values,” she says. “I feel like we’re always trying to do the right thing and everyone’s living those values.”

Surin says she draws inspiration from other women at the company, including Alice, who helped her navigate the predominantly male workplace when she was starting out. And she hopes to follow in the footsteps of other women who’ve risen through the ranks of maintenance to management, like Constance von Muehlen. “Having Constance as senior vice president of maintenance and engineering really motivates me,” Surin says.

Most days when people see her in her Alaska uniform – even people within the company – they assume she’s a flight attendant or customer-service agent. They never guess that she works on planes. “I’m proud to tell them I’m in maintenance,” she says. 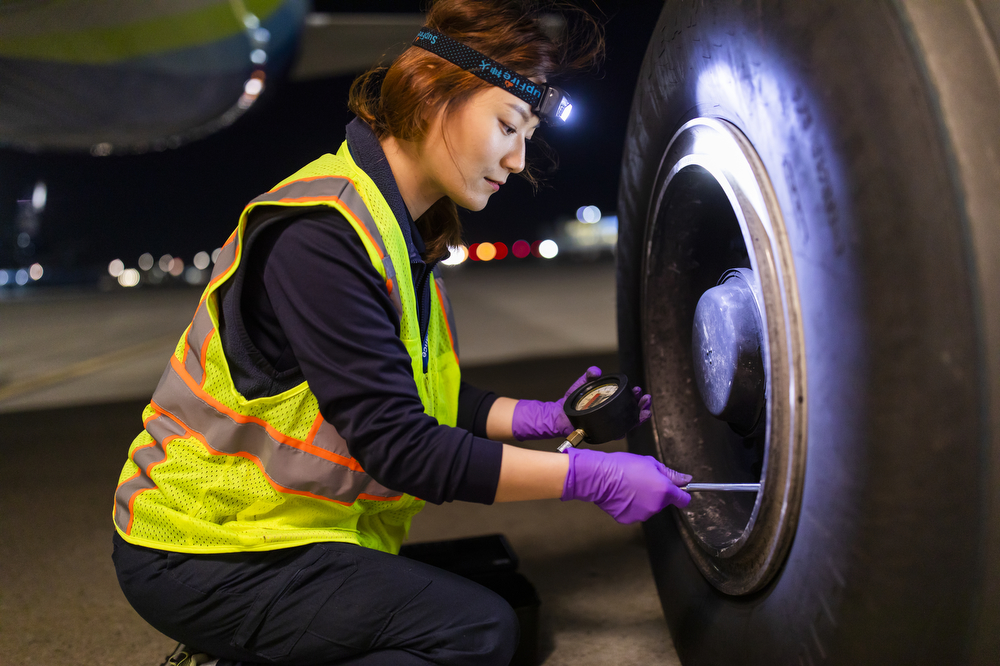 When my family or friends are going on an Alaska plane, I can say that this is what I maintained and this is super safe to fly,” she says. “And those kinds of things make me enjoy my work.”

“Being in this field. It feels like the world is my playground.” – Charize

Charize got used to being one of a few women in her aircraft-maintenance classes at Spartan College of Aeronautics and Technology. “I knew this was such a guy’s world, and I was really nervous in the beginning,” she says. “But in this career, it’s actually better than you’d think. As long as you work hard and let your quality of work be known, everyone will respect you.”

Charize has worked for Alaska since summer 2018. “It’s so rewarding to fix a plane that needs to be fixed, and you know that it’s a go and you’ve made it as safe as possible,” she says. 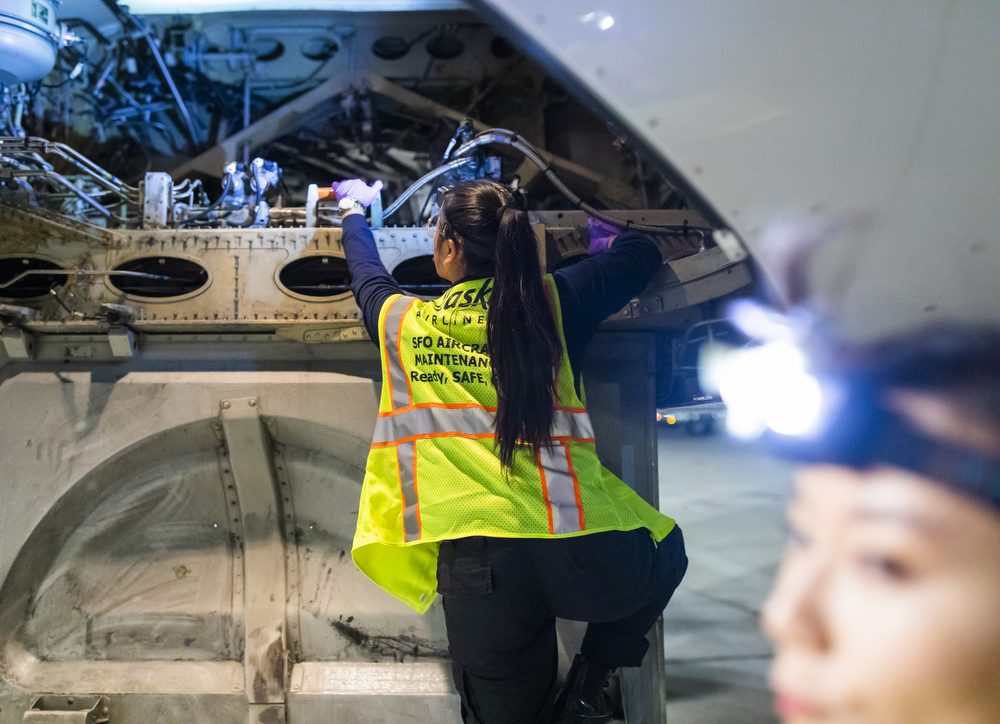 Charize enjoys the compliments she hears from happy Alaska guests when she’s wearing the company logo. “Alaska is a great team, and it’s a great brand to work for,” she says, encouraging women to check out the job opportunities. “If you love planes and you want to work on them, don’t be scared. I think more girls should definitely be in maintenance.”

Charize doesn’t regret choosing maintenance over pilot training – and points out her job still gives her the opportunity to travel the world. She’s been to the Philippines, Amsterdam and Madrid. This year, she hopes to go to Brazil and Dubai. “I love the freedom – just going wherever I want to go,” she says. 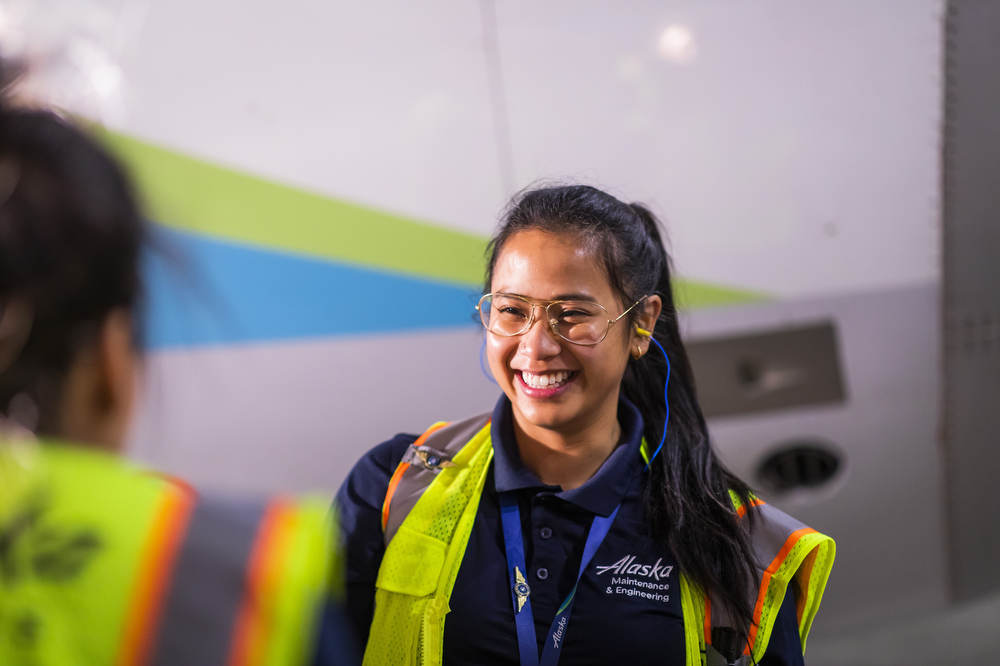 Constance von Muehlen, Alaska’s Senior Vice President for Maintenance and Engineering, discovered her own passion for aircraft technology during seven years serving as a captain and maintenance pilot for Blackhawk helicopters in the U.S. Army. “I enjoyed the puzzle the work presented, the challenges that were always different and that satisfaction you get from resolving those challenges,” she says. ‘It’s a never-ending learning opportunity.” 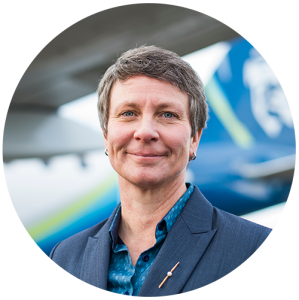 Alaska hopes more young women will seek out exciting careers as aircraft technicians, von Muehlen says. One hurdle to recruiting young people, especially women, is overcoming stereotypes around what a technician’s job entails. “People realize you work with your hands, but it is also your mind that’s guiding you to what a problem could be. It’s like being a doctor for airplanes,” she says. “This really is a profession of the mind.”

Von Muehlen encourages students to attend events like Alaska’s annual Aviation Day, where they can get a hands-on learning experience from working technicians and better understand the complexity of the jobs. “Not only are there pilots and flight attendants on an airplane, but there are also technicians who are very important partners in keeping everyone safe on that airplane,” she says. “We have a tremendous amount of responsibility in the work that we do.” 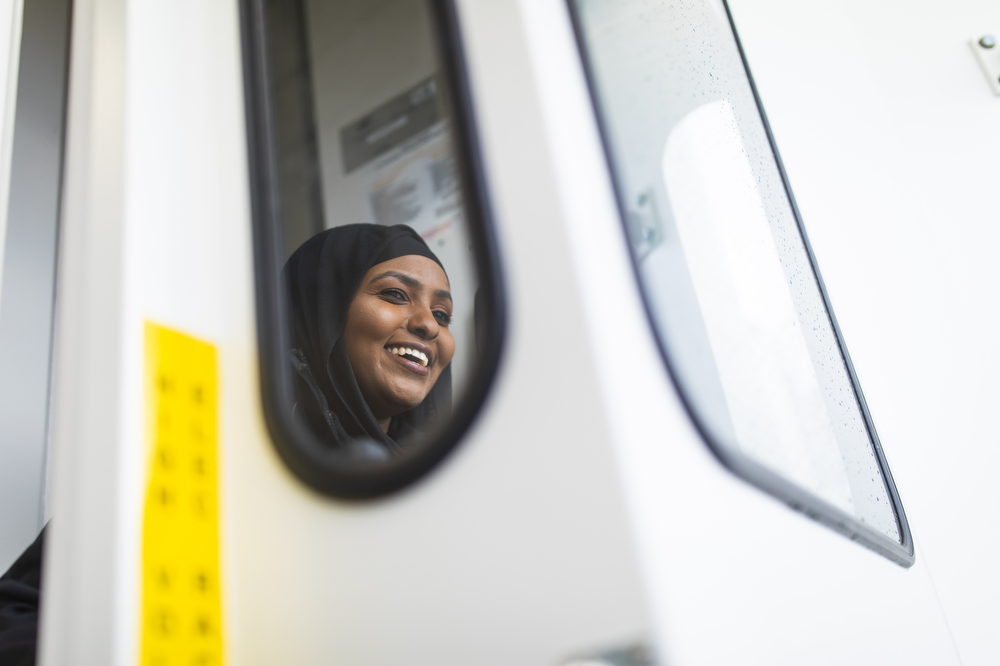 “Go after your dreams, and follow your gut. But make sure to enjoy the motion as you go through it.”  — Aisha, customer service agent, Alaska Airlines 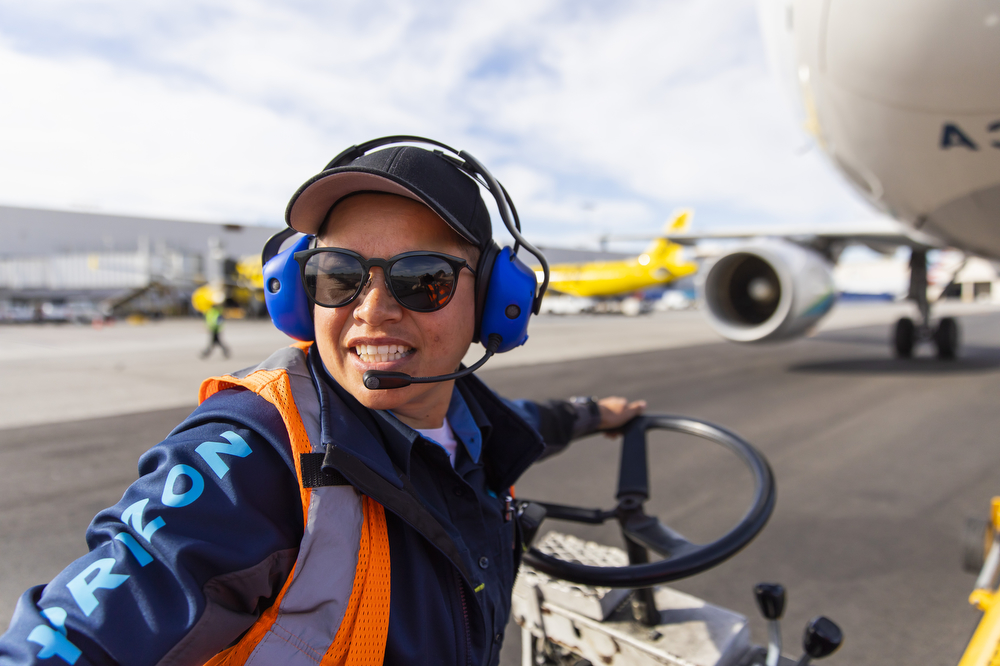 “At work, there is nothing that I can’t do. I try to better myself and push my limits.”  — Andrea, ground service agent, Horizon Air 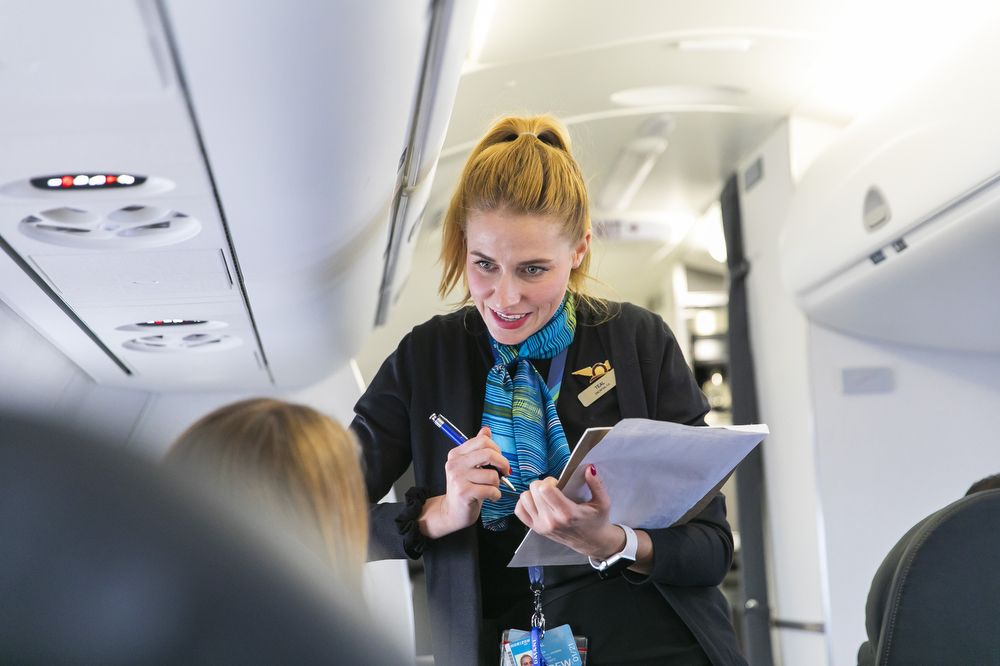 “If you continue to work hard and strive for what you want, you can achieve whatever you want.”  — Teal, flight attendant, Horizon Air

“Women have their power in who they are and what they bring to the table. Empowering other women to do that is important.”  — Jithmi, senior product manager, Alaska Airlines e-commerce team 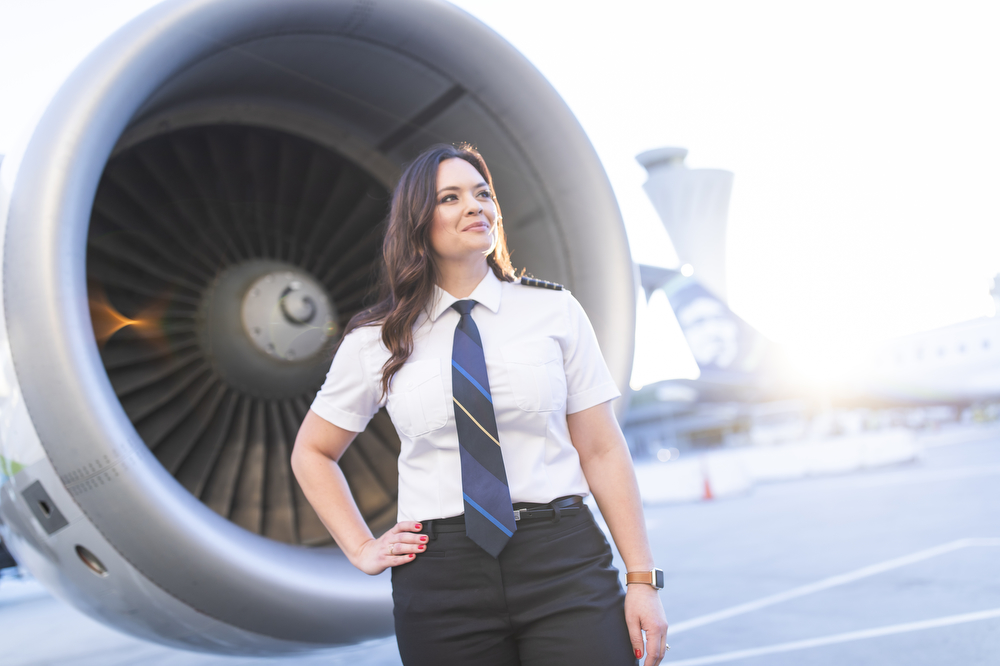 “If I could give other women advice, it would be to just be yourself, don’t worry about putting on a facade or anything like that. People will actually love you for just being you.”  — Katharine, captain, Alaska Airlines 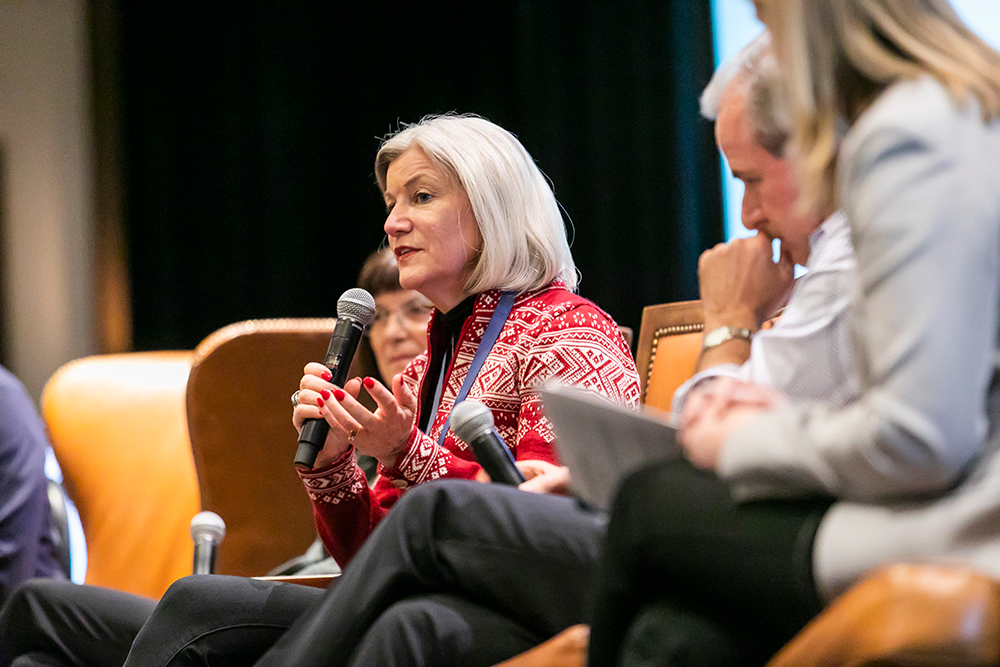 *According to Women in Aviation International.