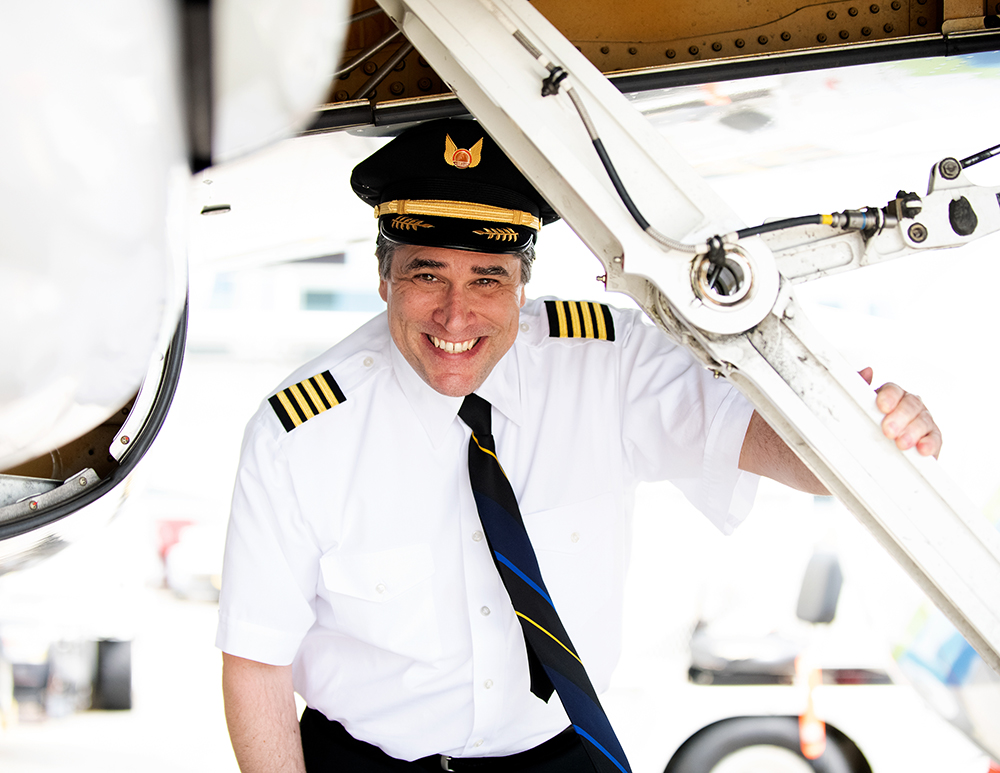 Praised by colleagues for having developed “one of the most successful airline-training programs in the world,” Captain Robert Hunt is known for being approachable, calm, patient and empathetic about the challenges of becoming an airline pilot. He also respects different learning styles. For instance, when a new pilot candidate was struggling because of a learning disability, Hunt contacted experts in the academic field for input, and then created a program tailored to the fledgling aviator’s needs. The pilot went on to have a successful 20-year career at Horizon Air before retiring. 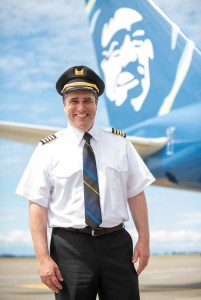 When the airline introduced iPad flight manuals eight years ago, Hunt spearheaded creation of numerous videos that play on the device and show pilots doing things right in various scenarios. And as he develops curricula for new-hire to longtime pilots, as well as for simulator instructors and check pilots, he uses extensive data collection, including from actual flights, to provide the best training.

“My job is training and checking,” says Hunt, who is based in Portland, Oregon, and whose current work as chief flight instructor on Horizon’s fleet of Embraer 175 jets includes conducting simulator training and evaluating pilot performance. “It is awesome to develop successful pilots, compliant with standards, who fly well and get our guests from A to B safely every day,” he says.

Our pilots are talented and well-trained. They take their initial and continuing training very seriously.”— Capt. Hunt

Hunt, who is renowned for being an exceptionally skilled pilot himself, is following in the airline-industry footsteps of his commercial pilot father and aircraft mechanic grandfather. Hunt joined Horizon in 1990, attracted by Alaska Air Group’s safety culture and reputation for service. His prior experience included piloting floatplanes and ski planes in the Arctic for a Canadian company. “It was challenging to land those planes smoothly—I got lots of practice.”

What are favorite parts of your job?  Working with outstanding colleagues, including everyone in Flight Operations. Also, I have enjoyed opportunities to do cool projects, such as test-flying the “fog buster” Heads-Up Guidance System for the Q400 and CRJ-700 for Horizon, being one of the first commercial pilots in the world to autoland the Embraer 175, and being part of the cadre that helped bring the E175 onboard at Horizon starting in 2016. I love flying the E175. It’s a phenomenal aircraft—well designed and thought out. The cockpit is very advanced. Another aspect of my Horizon job that I like is not having to commute to other parts of the country for work. I get to stay in the West.

What’s on your travel wish list? I’ve been to every continent but Antarctica, so maybe my wife and daughter and I will get there some day. My wife would also like to visit the Grand Canyon—it does look cool whenever I fly over it.

What do you take with you on a trip? Music. I play the guitar, and I used to bring it with me when I traveled, but that got to be too cumbersome, so now I just make sure to have lots of music on my phone.

What are philosophies you live by? Stick things out. Strive to stay happy and positive. Avoid drama, even under stress. Have a good sense of humor.

What advice do you have for employees about how to succeed at Horizon Air and Alaska Air Group? Always be learning, whether you do it on your own or tap into the many resources at the company. Talk to other people and learn from their experiences. It makes you so much better at whatever you are doing.

“Rob is a natural-born leader. He’s calm, cool and collected. He knows his stuff, and he has the right stuff. If he tells you he’s going to do something, you can take that to the bank. And he does everything with a smile. Rob and I worked together for years in the Standards and Training Department, and we also tested aircraft together. I’ve seen firsthand how talented and impressive he is with an airplane. In his current role as chief instructor for the E175, he is again demonstrating his calm, steady hand and experience, and achieving outstanding results.” —Perry S., Q400 Captain, Check Airman and Lead Flight Operations Duty Officer, Portland

Horizon Air employees such as Robert Hunt are the reason for our excellence. Join us in creating an airline people love. Visit horizonair.jobs.