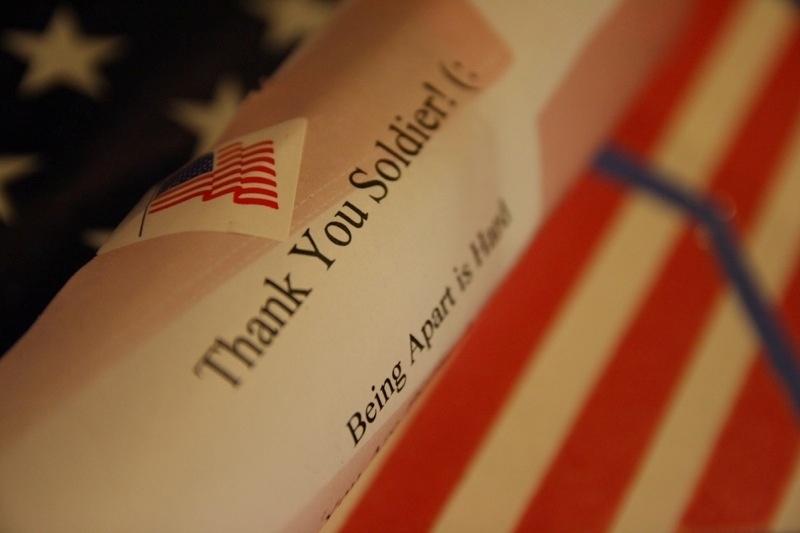 It was nearly Christmas last year, and U.S. Army airborne paratrooper Justin Isham was facing the prospect of another holiday spent alone in the barracks at Joint Base Elmendorf-Richardson in Anchorage, Alaska.

Isham’s wife and family were thousands of miles away in Phoenix while he completed 1.5 years in the Warrior Transition Unit at JBER, preparing Isham and fellow wounded or disabled soldiers for the transition to civilian life.

A career of physically intense jumps had put wear and tear on Isham’s knees and back. His 2012 deployment to Afghanistan had additional effects, including some hearing loss and intense flashbacks to combat.

“The Warrior Transition Unit is designed for soldiers who can’t be soldiers any more – essentially, my body was no longer qualified and able to do what a soldier has to do to be a soldier. I can’t run anymore, I can’t rough-march. And mentally some of those things you experience, you have flashbacks – it really breaks you down,” said Isham. “If it wasn’t for that unit, and what I experienced … it saved my life is what it did.”

Isham couldn’t afford to fly home to Phoenix in the middle of the program, and had resigned himself to spending the holidays by himself. Then he learned about Hero Miles, a program of Fisher House.

Through frequent flier mileage donations, Hero Miles provides round-trip airline tickets to wounded, injured and ill service members and their families. Service members may be given a round-trip airline ticket for a trip from the medical center where they are receiving treatment to their home; or to bring family to visit them while they are undergoing treatment at an authorized medical center.

“We rely on the generosity of the American public to help bridge the gap between what the military can and can’t do,” said Tish Stropes, Vice President for Strategic Initiatives for Fisher House.

Isham applied for tickets from Hero Miles and was approved to fly home for the holidays on Alaska Airlines.

“I couldn’t believe it. It’s ordinary, everyday citizens donating their leftover miles that they aren’t using to this organization to help wounded and disabled soldiers,” he said. “My family was ecstatic. I don’t think a lot of people really understand how taxing the healing process is, not just for the soldier, but for the soldier’s family.”

Hero Miles is one of nine organizations supported year-round by Alaska’s Mileage Plan members through the airline’s Charity Miles donation program. Members raised approximately 54 million miles in 2014, and are well on their way to reaching that goal again in 2015.

“Year after year our customers amaze us with their generosity in supporting our Charity Miles program. With that spirit in mind, we’ll be donating an additional one million miles to Hero Miles in recognition of our frequent fliers this holiday season,” said Shaunta Hyde, Alaska’s managing director of community relations.

“Hero Miles does amazing work to keep families together in the most challenging of times. On behalf of all of us here at Alaska Airlines, including the many Alaska and Horizon employees that are military veterans themselves, we’d like to say thank you to Fisher House for all that you do to care for our military families around the country.”

More than 50,000 U.S. service members have been wounded in action since Sept. 11, many of them requiring long term treatment that may not be available near their homes or their families. Another 320,000 are believed to have experienced a traumatic brain injury, and 400,000 are estimated to be living with the “invisible wounds of war” – stress, depression and post-traumatic stress disorder.

Mileage Plan members can donate as few as 1,000 miles through Alaska’s Charity Miles donation program. Bonus: donating will help keep your account active if you haven’t been flying or redeeming as frequently.

Fisher House also accepts cash donations for its various programs, including Fishers Houses, which are located at major military and VA medical centers nationwide and allow military and veterans’ families to stay at no cost while a loved one is receiving treatment. Learn more at fisherhouse.org.