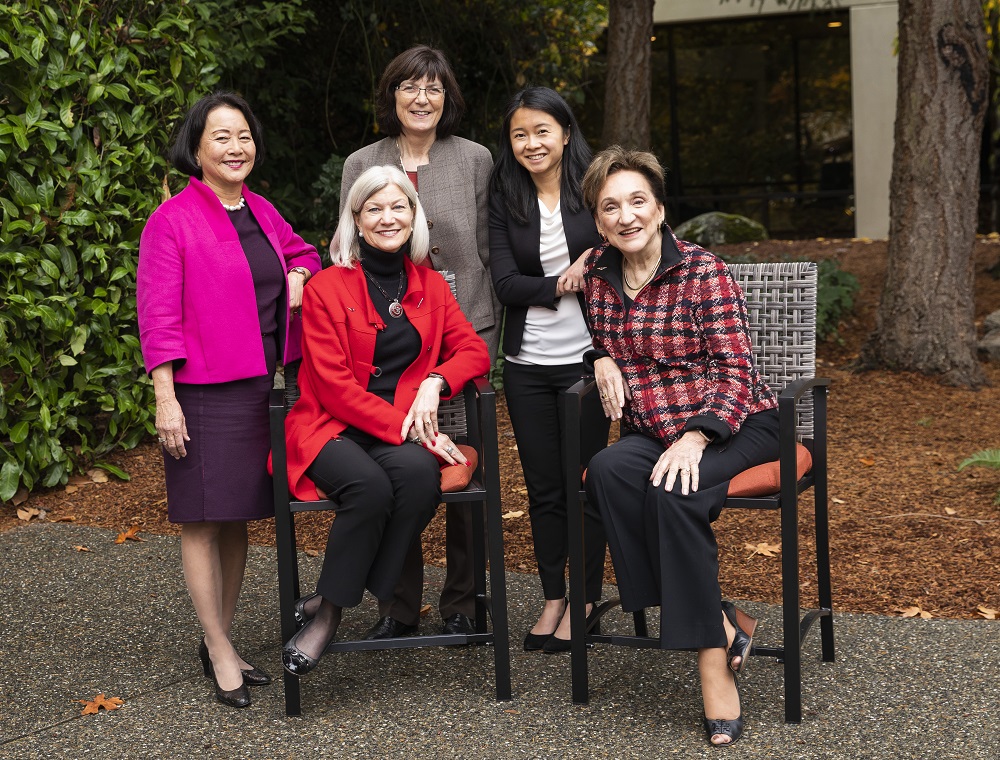 “It starts at the top”

Alaska Airlines Lead Director Patty Bedient is proud to serve on our board, where more than 50 percent of the independent directors are women, arguing diversity and inclusion starts at the top of an organization.

“It means we ‘walk the talk’ on diversity at the board level,” she says.

Alaska is proud to be the only airline – and the first West Coast Fortune 500 company – to achieve gender parity among independent board directors. Women Inc. Magazine recognized Bedient as well as Phyllis Campbell, Marion Blakey, Helvi Sandvik and Susan Li as five of the Most Influential Corporate Board Directors in 2018.

And in August 2019, Kathleen Hogan joined the board – making her the sixth independent director. Hogan is the chief people officer and executive vice president of human resources at Microsoft. “Kathleen is a dedicated leader at Microsoft, committed to empowering more than 100,000 employees around the world,” says Alaska CEO Brad Tilden. “She brings tremendous expertise and knowledge about leadership development and culture to Air Group.”

Director Sandvik joined the board in 2013. With over 30 years’ executive management and board experience, she doesn’t take a room full of female voices for granted.

“I have served on other boards where women were the minority and communication did not seem as open,” she says. “Having gender balance on the board creates a great collaborative, comfortable environment.”

Director Campbell agrees, noting gender, ethnic and other types of diversity have strengthened the quality of debate and input from directors.

“Questions arise from different experiences and the outcomes are usually stronger,” she says.

Creating an environment where all people feel valued is a goal that extends far beyond our boardroom. From the cockpit to call centers, we aim to reflect the diversity of the communities we serve.

“Diversity and representation help companies like Alaska Airlines better serve people,” adds Li, who joined our board in May 2018.

While proud of the progress, Alaska’s leadership recognizes that having a diverse workforce does not necessarily mean it’s inclusive. Alaska is committed to building trust, discussing diversity and inclusion openly, and encouraging compassion so that all our employees feel included.

Tilden was one of the first 100 CEOs to sign a pledge to advance diversity and inclusion in the workplace. And in March 2019, Alaska hosted the second annual “Women in Leadership Summit,” where managers and directors have the opportunity to network and grow as a leader.

Another way Alaska is building an inclusive workplace is through our Business Resource Groups (BRGs). These groups are formed by employees coming together, based on shared characteristics or life experiences, to celebrate a common cause. BRGs support our Black/African American, LGBTQ+ and women’s communities both within Alaska Airlines and outside the company.

“Alaska Air Group is a fantastic company,” adds board director Sandvik. “They work hard to ensure there are diverse views around the table and throughout the organization, including the boardroom.”