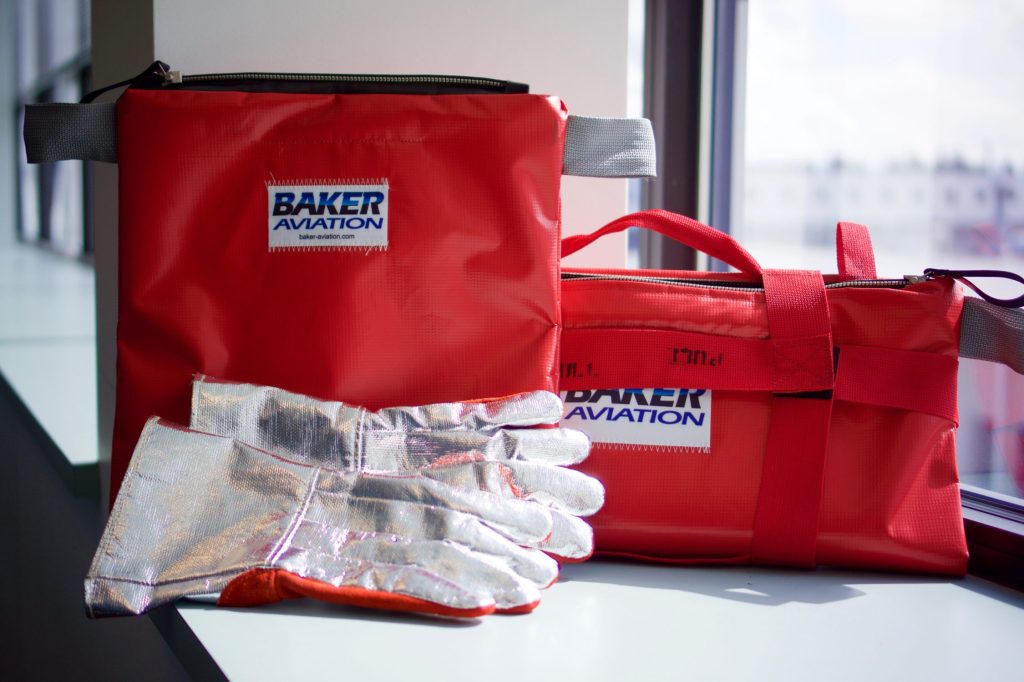 “When it comes to safety on board our aircraft, we need to act quickly,” said Tom Nunn, vice president safety for Alaska Airlines, estimating that it took about 2 months to get the bags from the concept phase to ordering them and putting them onboard aircraft.

The bright red HOT-STOP ‘L’ bags, which are made of a sturdy fire-resistant material, are designed to hold electronic devices like mobile phones and laptops that can sometimes overheat and catch fire. The bags can be shut with Velcro and heavy-duty zippers and can withstand temperatures up to 3200 degrees Fahrenheit.

Previously, flight attendants have had to improvise locations on the aircraft to store electronic devices that caught fire mid-flight.

Lithium-ion battery fires can be particularly dangerous because they burn at extremely hot temperatures. On some devices with larger batteries, even though the initial flames may have subsided, an adjacent battery cell could still ignite minutes later. By placing the devices inside the battery containment bag, the risk of injury or damage from an additional fire is greatly reduced, said Dana Floyd, Alaska’s director of flight safety.

“With passengers and crew using more and more electronic devices on board our aircraft, we needed to have a plan for when those devices act up,” Floyd said. “An inflight fire is one of the most dangerous conditions on an aircraft. These containment bags will keep a fire from spreading and causing further harm.”

In light of recent events involving the Samsung Galaxy Note 7, passengers are advised not to turn on or charge Galaxy Note 7 devices onboard an aircraft or stow them in checked luggage.

Flight attendants are trained to fight fires. In the case of a lithium-ion battery fire, they will don heat-resistant gloves and place the device inside the bag, zipping it shut once the initial flames are extinguished. Even if the electronic device re-ignites, the bag will contain the heat and flames.

Alaska aircraft have two versions of the bag: a smaller one in the flight deck to hold pilots’ electronics, and a larger one that can hold laptops as well as smaller electronics for the main cabin. Horizon carries the larger cabin bag.