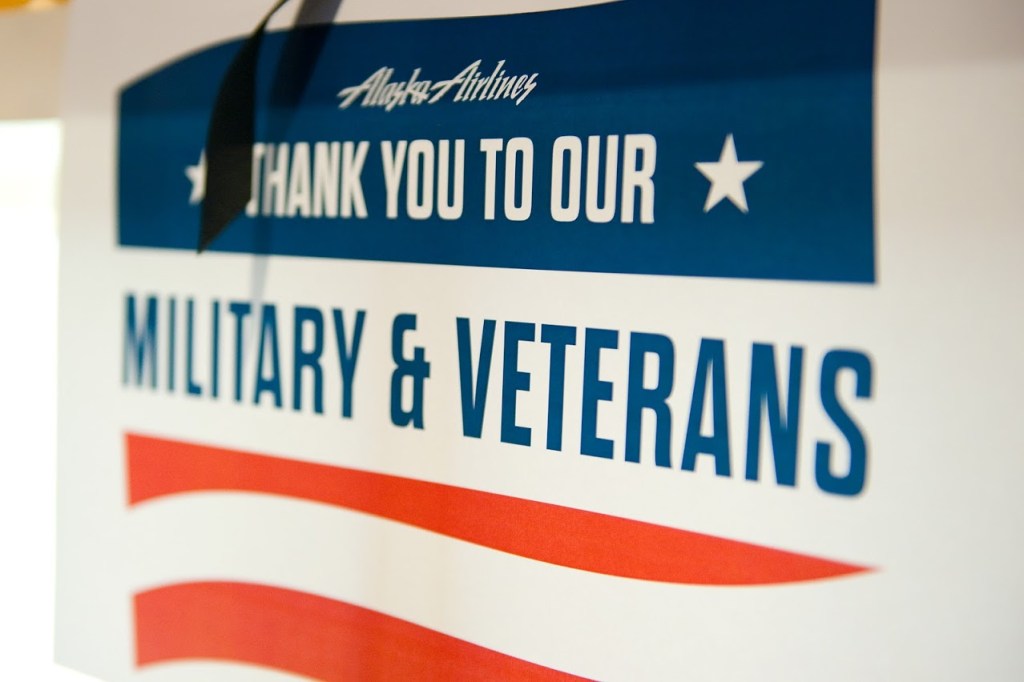 Just in time for Independence Day, Alaska Airlines has won the 2016 Freedom Award. The honor was announced today by Secretary of Defense Ash Carter.

The Secretary of Defense Employer Support Freedom Award is the highest recognition given to employers by the U.S. government for their support of National Guard and Reserve members.

Only 15 companies – out of 2,424 nominations – received this year’s award, which will be presented in a ceremony Aug. 26 at the Pentagon in Washington, D.C.

“I have been working for the company for 20 years, and I have seen how they treat people in uniform – they treat them with respect,” Miller wrote in his nomination.

In his nomination, Haley cited the many ways Alaska supports members of the military – both in public and behind the scenes for employees.

He mentioned customer service agents making gate announcements in support of military members and captains thanking military members before a flight, as well as perks such as early boarding, waived bag fees, and reduced fees for pets.

Haley also pointed out how well the company treats employees who serve in the military, including when they need to take military leave. Alaska has a Military Business Resource Group, a military apprenticeship program and a fallen soldier program.

“Alaska Airlines actively recruits, promotes and retains veterans in all areas of the company and is continually striving to increase veteran employee rates,” Haley wrote. “For example, veteran/active military new hire rates went from 6 percent in 2012 to 15 percent in 2014.”

Alaska Airlines, with a regional headquarters in Anchorage, is the first company in the State of Alaska to win the Freedom Award.

“Leadership is what made Alaska Airlines one of our nation’s premier airlines, and leadership is the hallmark of military service, reflected daily throughout the company’s vast employee network,” said Craig Campbell, Alaska state chairman of the Employer Support of the Guard and Reserve program at the Department of Defense. “I have been flying Alaska Airlines for over 35 years and have consistently been impressed by the superior level of recognition they provide to our military members. I am extremely proud that Alaska Airlines is a recipient of the 2016 Freedom Award. Well done.”

To be considered for the Freedom Award, companies must receive previous awards for their work with the military. In 2015, Alaska was presented with the “Above and Beyond” award, as well as the “Pro Patria Award” – the highest award at the state level – from the State of Alaska ESGR committee. Additionally, seven Alaska Airlines employees in the State of Alaska have nominated their managers for “My Boss is a Patriot” awards since 2008. Alaska Airlines also was named one of the 2015 Most Valuable Employers for Military members by CivilianJobs.com.

“It is humbling to be nominated by employees to receive the 2016 Freedom Award,” said Marilyn Romano, Alaska Airlines’ regional vice president in Alaska. “Our commitment to those who serve our country is longstanding, and we are honored to call many Guard and Reserve members Alaska Airlines employees.”