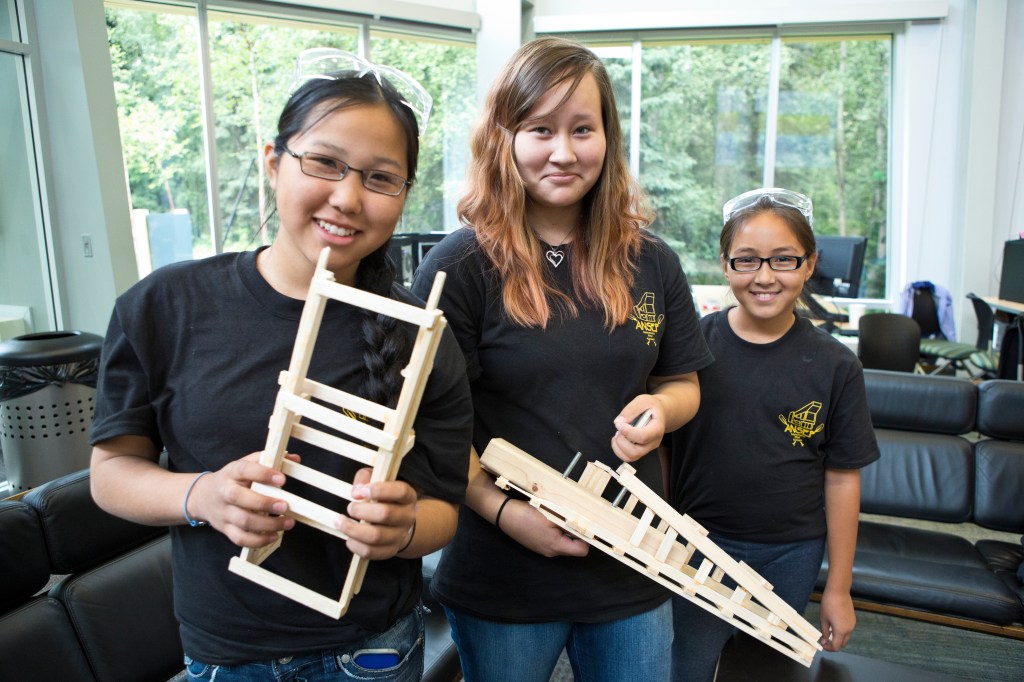 Going to college can be scary.

Going to college on an urban, 14,000-student campus when you’ve spent your whole life in a rural community of several hundred can be even scarier.

“For me, it was a challenge,” says Michael Bourdukofsky, chief operations officer for the Alaska Native Science and Engineering Program (ANSEP), an organization with the mission of providing native Alaskan students with the support they need to be successful in higher education and in science and engineering careers.

Bourdukofsky grew up on windy, remote St. Paul Island, one of five volcanic islands that make up the Bering Sea’s Pribilof Islands. The tiny island community hosts about 500 residents. He participated in ANSEP’s University Success program in the late 90s and says it was essential to his success in college.

“It’s a big transition to make for students coming from rural villages to a college campus,” he says. “It is essential to have a network on campus that you feel you belong to and that supports you, similar to how communities support each other around rural Alaska.”

ANSEP students may never have considered the possibility of going on to higher education. But after immersing themselves in college life through ANSEP’s academic programs, they gain a new perspective.

“It’s scary for a lot of kids. You’re pulling these kids out of their comfort zones and putting them in a new and different environment,” says Bourdukofsky. “But they realize quickly that it’s fun, engaging, challenging and busy. And by the end they realize ‘Hey, this is something I can do and be successful.’”

They realize college can be for them.”

And, thanks to a three-year, $1 million partnership between ANSEP and Alaska Airlines, about 2,000 new middle school students will get to have that experience over the next three years.

Students stay on campus and take classes in science, technology, engineering and math (STEM) subjects taught by STEM professionals and university faculty. Their first day on campus, students build a computer that is theirs to keep if they pledge to work toward completing Algebra 1 by the end of eighth grade.

But more importantly, the programs provide that support structure that allows students to try out higher learning in a familiar environment.

“The biggest hurdle for many students coming to campus for the first time is the social challenge – making friends, meeting people and learning how to network. I didn’t know what that was like or how to do it. It wasn’t a skill that I’d really developed,” says Bourdukofsky.

“The program supported me with other students – my peers who were coming from similar backgrounds and shooting for the same goals of getting their STEM degrees.”

ANSEP will use Alaska’s gift, as well as funds in the Governor’s education bill to bring Middle School Academy to 650 new students every year. The organization plans to have 4,000 students across its middle school, high school and university programs by 2020 – massive growth since the program’s founding in 1995 with a single university student.

“It’s been really exciting to have been a part of ANSEP from the humble beginnings when we were just a small university program to where we are now, and where we can be in just four to five years,” says Bourdukofsky.

ANSEP Student Scorecard at a Glance: