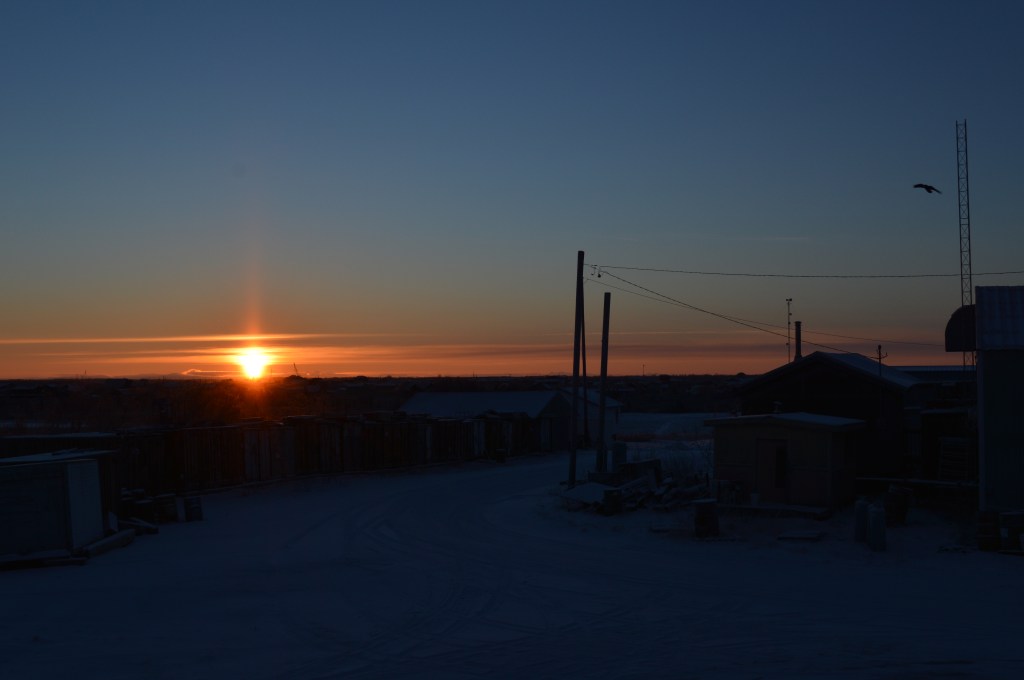 Alaska Airlines is continuing its partnership with the Alaska Native Science and Engineering Program by investing an additional $1 million over the next three years. This brings Alaska Airlines total investment in the program to $2 million and will allow an additional 2,000 students from rural Alaska to participate in ANSEP.

This support is a part of Alaska Airlines’ continued commitment to support youth and education efforts in the communities they serve. In 2016, Alaska Airlines donated $3.6 million to over 300 nonprofits in the state of Alaska. Learn more about Alaska’s continued investment in ANSEP here.

The temperature was well below zero when the sun began to rise on the frozen Kuskowim River in Bethel, Alaska. The bone-chilling dark slowly gave way to a pink glow that cast a warm light on this rural Alaska community.

When the sun finally peeked over the horizon at 9:45 a.m., residents were well into their daily routines. But this January morning was a bit different: 50 students from Bethel and remote villages gathered with packed bags for a special 12-day journey that could have ripple effects through the rest of their lives.

More than 400 miles away in Anchorage, teachers with the Alaska Native Science and Engineering Program were busily preparing for the arrival of those sixth, seventh and eighth graders from the Lower Kuskokwim School District. The next few days would set the tone for future academic achievement and lifeskills, helping to set these students on a path for future success.

But first, the students had to get there. Bethel serves as a hub for nearly 70 villages in the Yukon-Kuskokwim Delta, but it’s accessible only by air or river.  That’s where Alaska Airlines comes in.

As part of a new $1 million partnership with ANSEP, Alaska Airlines will fly students to Anchorage to participate in the ANSEP Middle School Academy over the next three years.

“We’re beyond thankful for the generous support of Alaska Airlines, and thrilled to kick off a new year and new partnership by bringing 50 Bethel students to Anchorage for the first time,” ANSEP founder and Vice Provost Dr. Herb Ilusari Schroeder said during an open house. “Thanks to Alaska Airlines, we can expand our reach to more students across the state, and provide them with an unparalleled opportunity to engage in hands-on STEM activities while learning from industry and agency professionals.”

During the 12-day program, students stay on campus at the University of Alaska Anchorage and take classes in science, technology, engineering and math (STEM) subjects taught by STEM professionals and university faculty. Their first day on campus, students build a computer that is theirs to keep if they pledge to work toward completing Algebra 1 by the end of eighth grade.

For 20 years, ANSEP has been providing STEM education to Alaska’s historically underserved and underrepresented students. Thanks in part to the donation from Alaska Airlines, ANSEP will be able to increase their reach to more students – about 2,000 students over the next three years.

“It is our privilege to be able to help foster STEM education in the state of Alaska,” said Marilyn Romano, regional vice president – Alaska. “Our goal is to make sure that as many students as possible who want to attend this program have the opportunity. We know the skills these students gain by attending the ANSEP Middle School Academy will benefit their communities and the state of Alaska while preparing them for future success.”

The ANSEP grant is one of the largest financial donations Alaska Airlines has made in the state in its more than 80 years of operating in Alaska. Last year, Alaska donated $2.6 million in cash and in-kind contributions to support more than 300 different nonprofit groups and organizations throughout the state.

Follow the first MSA class of 2015 as they begin their STEM journey at www.ktva.com.