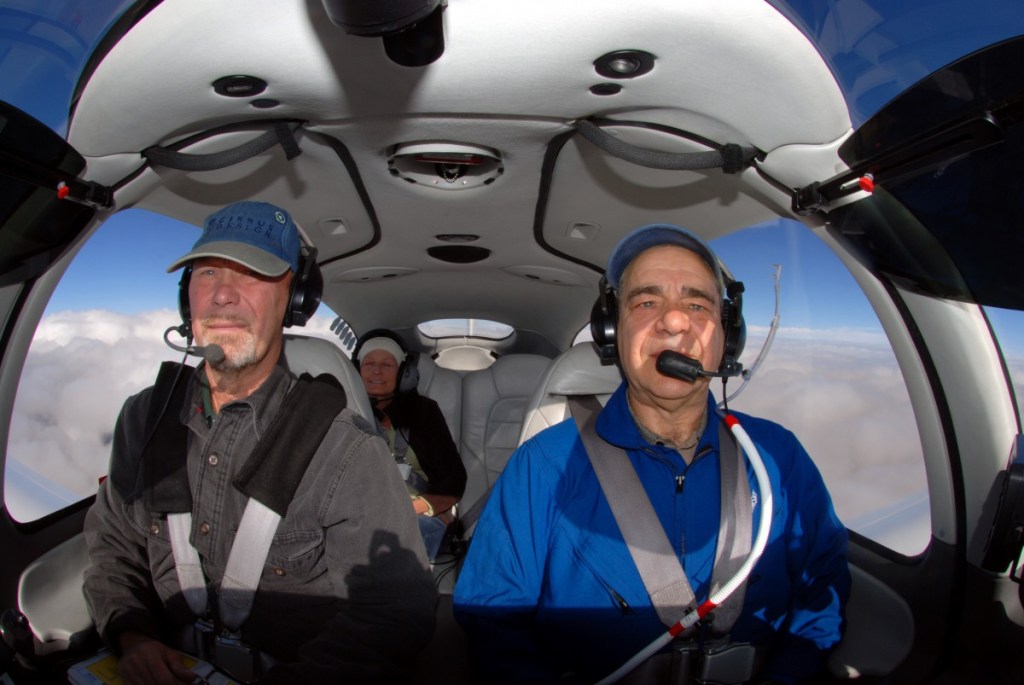 In July 2014, Mike Rogers was given three months to live.

He’d been diagnosed with mesothelioma, a rare and aggressive tissue cancer. But Rogers and wife Betty weren’t willing to accept the prognosis.

The Anchorage, Alaska, couple started to research, finding a cardiothoracic surgeon and expert on treating mesothelioma seemed to be the answer to their prayers. The only problem: he was based in Los Angeles; the Rogers, live thousands of miles north. And Mike was too sick to travel alone.

That’s when the Rogers learned of Angel Flight West – a nonprofit, volunteer-driven organization that arranges free air travel for people with serious medical conditions. For patients in Alaska, all flights are on Alaska Airlines, which has contributed more than $12 million in in-kind donations to the organization since 1986.

“To tell you the truth, when we first heard about Angel Flight West, I had my doubts,” says Betty. “I thought ‘No way are they going to just help us,’ so I was in shock when the answer was ‘Yes. When do you want to fly? Do you want to go next week?’ Thank God for Angel Flight.”

Mike and his caregivers have now taken 11 flights with Alaska and Angel Flight West, for consultations, treatments and surgery. Several weeks ago, he returned to Los Angeles for follow-up tests and received some amazing news.

“The doctor said that I have a very good chance of living quite a long time,” says Mike. “I hope Angel Flight West continues to be there for a long time for other people with conditions like mine. We are very, very grateful.”

Angel Flight aims to eliminate transportation as a barrier to health care by providing free flights to patients within 13 western states.  Alaska Airlines provides commercial medical travel, and Alaska and its Mileage Plan members donate thousands of miles each year for compassion travel. In addition to Charity Miles donations, Alaska provides about 900 tickets each year.

“We help people with serious medical conditions who need to travel for vital treatment who wouldn’t otherwise be able to afford to do so,” says Cheri Cimmarrusti, associate executive director at Angel Flight West. “I’ve been with Angel Flight West for 18 years, and it’s my job, but it’s also my passion. It is so gratifying to be able to help someone in such a tangible way.”

Outside the state of Alaska, most Angel Flight West missions are flown by volunteer pilots donating their time and aircraft.

He still remembers his first mission, flying a woman with cancer home to Crescent City, California. When he called the woman to arrange the flight, she burst into tears. Before Brahm’s call, she didn’t know how she was going to get home.

“It’s an incredible opportunity to help people, probably one of the most rewarding things a pilot can do,” he says. “Where else can you take something you love, which is flying, and apply that to a situation where you’re really helping people?”

Los Angeles-area native Karen Crespo has been traveling with Angel Flight West since 2011, when she contracted a deadly form of bacterial meningitis.

Within weeks of falling ill, the healthy young nurse’s life had completely changed. Doctors had to amputate all four of her limbs to stop the spread of gangrene. She lost her nose, survived heart attacks and spent five months in the hospital.

“I had to relearn how to do the basic things that I did every day for the first 28 years of my life,” says Crespo.

Crespo spent seven months in rehabilitation, but when doctors recommended she see experts in Chicago, specializing in rehabilitation for quadruple-amputees, the prospects looked dim. After months of medical care, and Crespo’s mother leaving her job to provide full-time care for her daughter, the money just wasn’t there – but Angel Flight West was.

Crespo and her mother have now taken three flights with Angel Flight West, each time on Alaska Airlines using tickets and miles donated by Alaska and its Mileage Plan members.

For the first year and a half after Crespo got sick, she was depressed and embarrassed and didn’t even want to see her friends. Now, she’s a vocal advocate for awareness and education around meningitis.