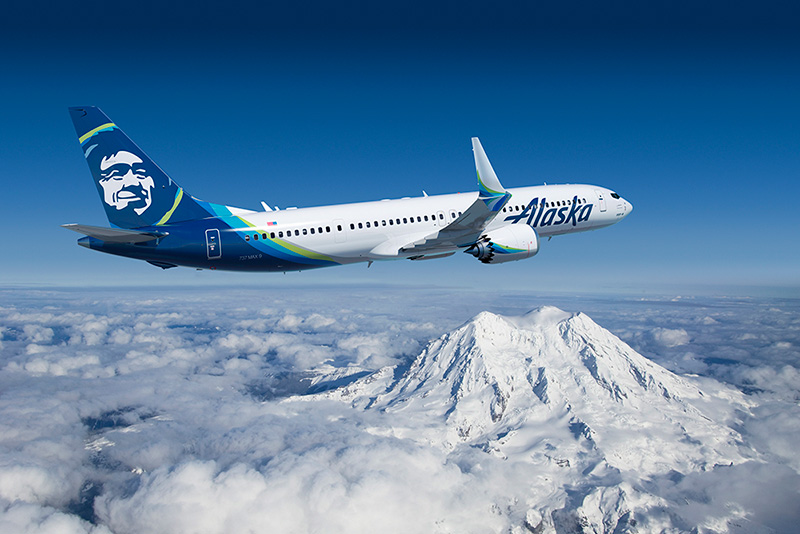 We’re adding 52 Boeing aircraft with rights for an additional 105,
setting us up for long-term growth

Alaska Airlines announced today it is exercising options to purchase 52 Boeing 737 MAX aircraft for delivery between 2024 and 2027—growing the airline’s confirmed 737 MAX fleet from 94 to 146. Alaska also secured rights for 105 more planes through 2030, ensuring access to sufficient aircraft for fleet replacement and growth. This agreement represents the largest commitment for future aircraft in the airline’s history.

Already operating a fleet of 35 737-9 aircraft, we expect to accept delivery of another 43 MAX aircraft between now and the end of 2023—at which point we will once again operate a mainline fleet solely of Boeing aircraft. The performance of the 737-9 has exceeded expectations on economics and fuel efficiency, as well as guest satisfaction.

This order positions Alaska’s fleet as one of the most efficient, environmentally friendly, and profitable fleets in the industry. The order includes 737-8, 737-9 and 737-10 aircraft, enabling Alaska to optimally match aircraft size and capability with market characteristics. We have full flexibility to shift between 737 MAX models as appropriate.

“As Alaska Airlines sustainably grows its fleet, the 737 MAX family offers environmental performance and flexibility to expand service across its route network,” said Stan Deal, president and CEO of Boeing Commercial Airplanes. “Built in our Renton factory near Alaska’s headquarters in Washington state, these airplanes will carry passengers to destinations for years to come.”

This order gives Alaska line of sight to operating more than 250 737 MAX series of aircraft by 2030. The flexibility built into the agreement allows us to match our deliveries with economic conditions while saving our place in the production line.