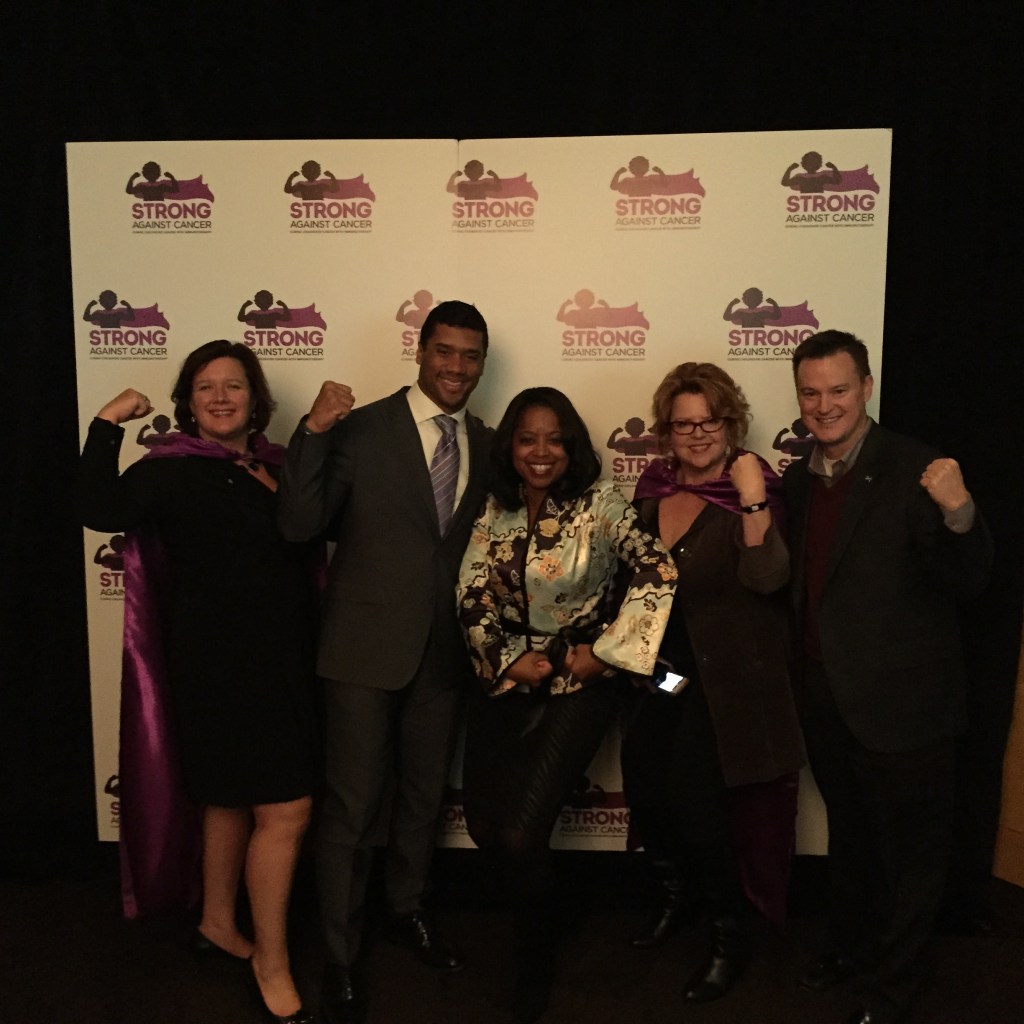 We may be closer than ever to curing childhood cancer. Imagine a world where a child who has cancer will receive treatment and no longer have to endure radiation or chemotherapy as part of the process. This is the new focus of research at Seattle Children’s Hospital. They believe they are on the brink of a new cure based around immunotherapy – a revolutionary treatment that harnesses the power of a child’s immune cells to fight cancer. Clinical trials are now underway and are producing exceptional results in quickly eliminating childhood cancer. Having our hometown children’s hospital be a part of the cure is nothing less than exceptional.

Today is the nationwide launch of the Strong Against Cancer campaign during the Seahawks-49ers game. Along with our Chief Football Officer Russell Wilson, Alaska Airlines is proud to partner with The Seattle Children’s Hospital Foundation with financial and marketing support. You will see many instances of this partnership in the media and on our social channels through the month of December and well into the new year. You can also follow the Strong Against Cancer campaign on Facebook, Twitter, and Instagram.

We need your help to be a part of the team and give hope to thousands of families and save lives today. Be a part of the launch on social and join in the text donation campaign and be sure to share the news with your friends and family. We have much to be thankful for this holiday season and it starts with good health.