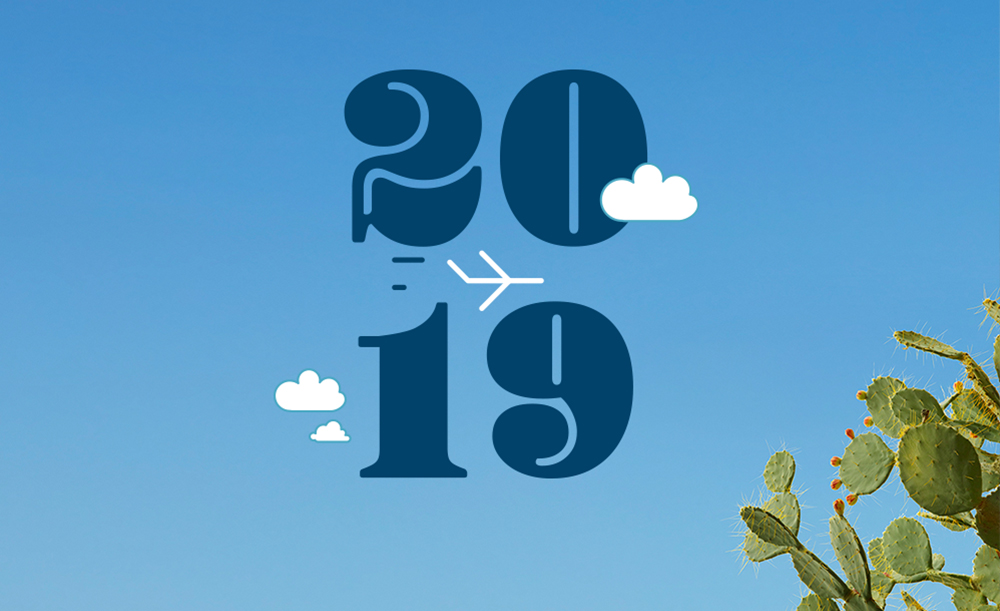 Before heading into the New Year, we’re pausing to celebrate. From carrying a record number of guests – nearly 47 million – to serving the healthiest meals in the sky and striving to be the most sustainable airline, we’re smiling wing to wing thanks to some notable moments this year.

Here are some to name a few: 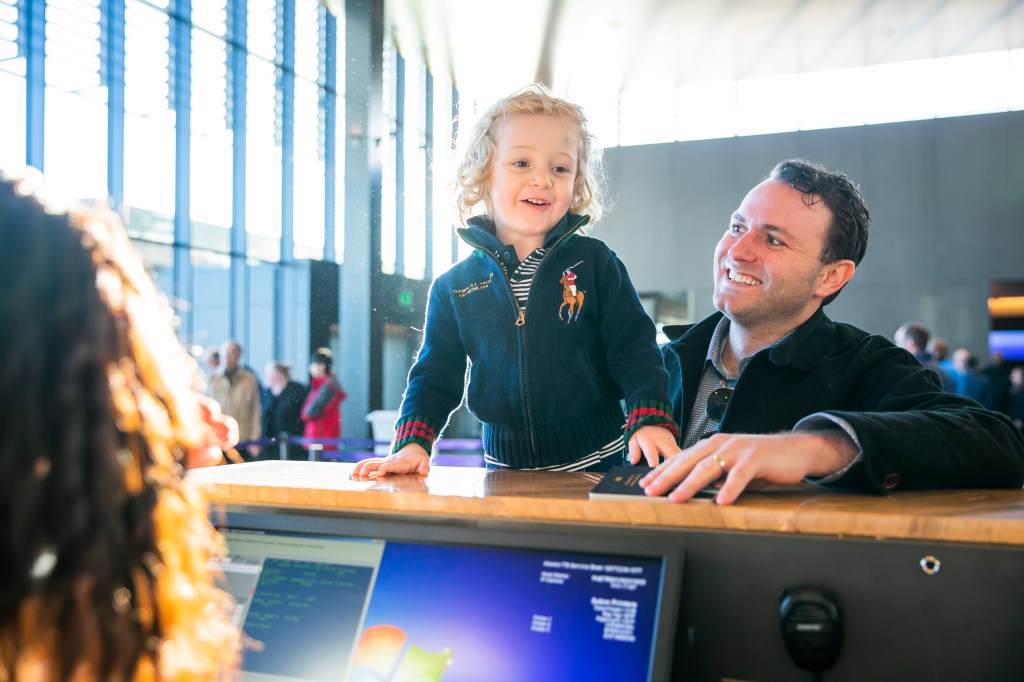 Our start of service at Everett’s Paine Field Airport began in March, where we now operate 18 daily flights to 10 cities, including Palm Springs and Spokane. In that short time, flying in and out of Everett has become a popular, convenient option for many travelers, especially those who live north of Seattle. It prevents a drive to Sea-Tac Airport. As of late July, nearly 300,000 guests have flown with us at Paine Field. 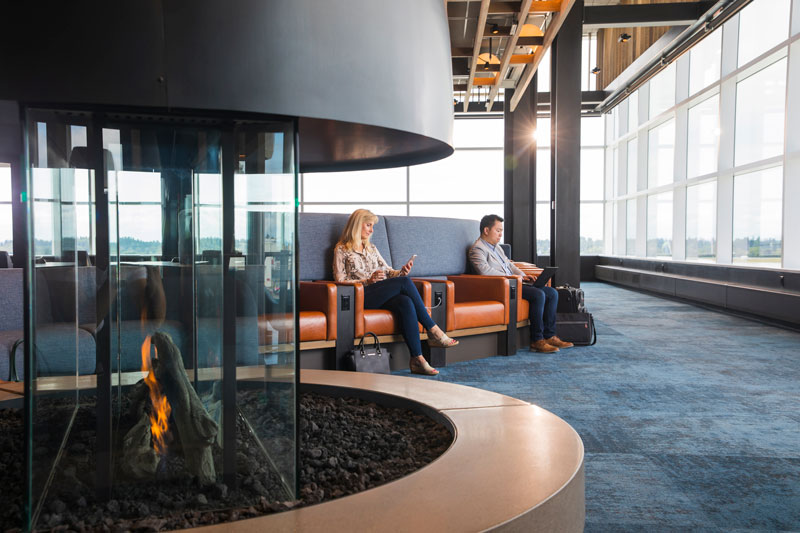 At the new 15,800-square-foot flagship Alaska Airlines Lounge, it’s all about the views. And, if you’re a craft beer fan, the brews. Alaska guests can take in expansive views of the Olympic Mountains – as well as downtown Seattle – while unwinding by the fireplace with one of the 12 microbrews on tap in the newly upgraded North Satellite Terminal at Sea-Tac International Airport. 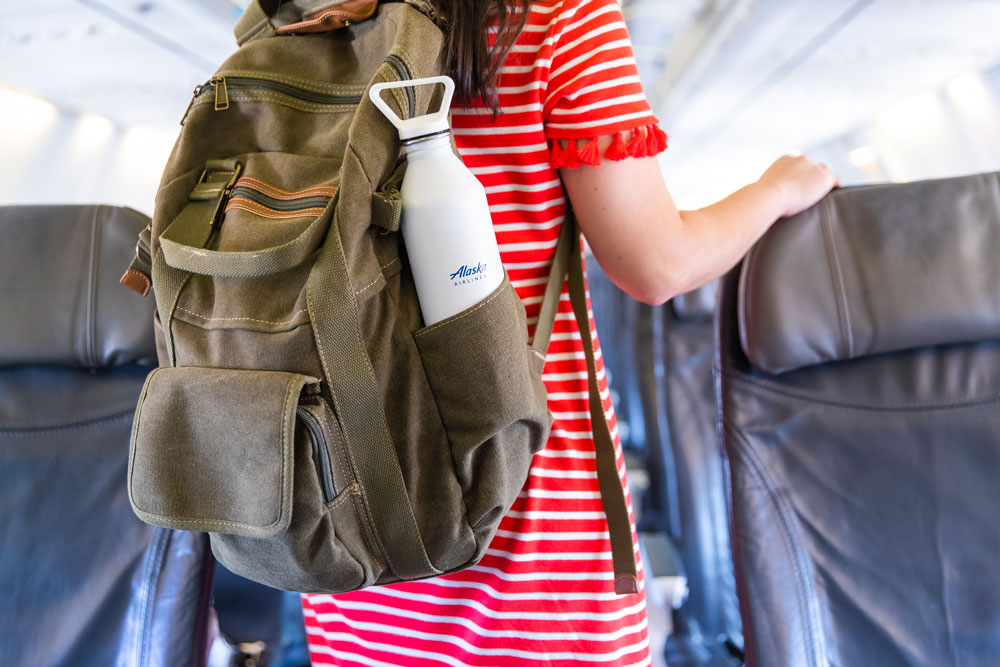 In September, we invited guests to #FillBeforeYouFly – an initiative encouraging guests and employees to bring their own water bottles and become active partners in our goal to reduce single-use plastics. A tree will be planted for every passenger who brings a prefilled water bottle on an Alaska flight and posts it to social media with the hashtag #FillBeforeYouFly thanks to the Bonneville Environmental Foundation. BEF’s goal is to plant 1 million trees on the West Coast to help reduce pollution and restore habitats for local fish and wildlife.

Mileage Plan members went the distance in 2019. A whopping 25 billion miles were flown on Alaska Airlines and Horizon Air. This includes the 865,529 miles racked up by one traveler (thanks, Olivier).

Whether you’re an MVP Gold or still working toward elite status, it’s fun to see where fellow members traveled using their hard-earned miles. This year, award travel to San Diego, Portland and Las Vegas led the way in North America. Around the globe, guests accrued the most miles on our Global Partners to London, Dublin and Reykjavik.

If you’re feeling a little FOMO, it’s not too late to join Mileage Plan. Someone joins every 30 seconds!

Faster Wi-Fi, more streaming for you 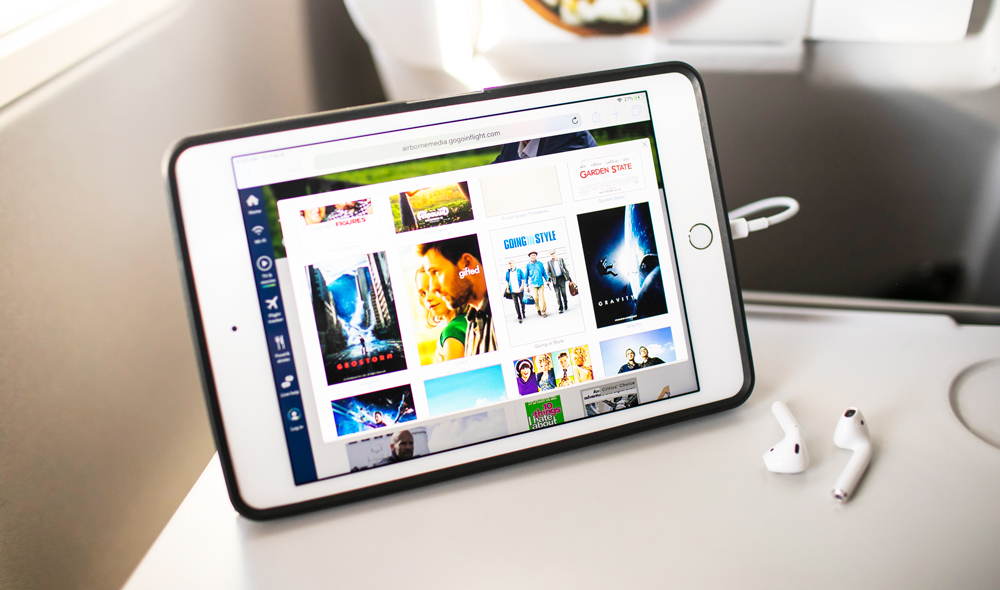 Better inflight Wi-Fi is well on its way! So far, we’ve installed Gogo 2Ku satellite Wi-Fi service on 100 aircraft (out of 241) allowing you to stream, browse, and text from gate departure to gate arrival. Our streaming-fast wifi made its debut last year in April, and will expand to most of our Boeing and Airbus fleet by the end of 2020.

We offer the most free movies in the sky.* Choose from over 500 movies and 550+ TV episodes from 80+ different series when you stream using Alaska Beyond™ Entertainment on your own device or on our premium inflight entertainment tablets.

Pro tip: Before you fly, download the Gogo® Entertainment App. You’ll need it to watch movies and TV shows on your device while flying with us.

*Compared to other US Airlines as of Dec. 2019 on flights with Gogo streaming

People, places, planes! In 2019, we saw more than 15K mentions of #iFlyAlaska across social media. Our guests shared stories of employees going above and beyond for them, stunning landscapes from Alaska to Costa Rica, and many window-seat shots – including, this one that received the most likes:

It’s a huge honor to be recognized as “Best Airline” or having the best Mileage Plan program. We’re thankful to flyers for choosing Alaska, over and over again.  Because of you and our remarkable people, Alaska Airlines racked up awards this year, including: 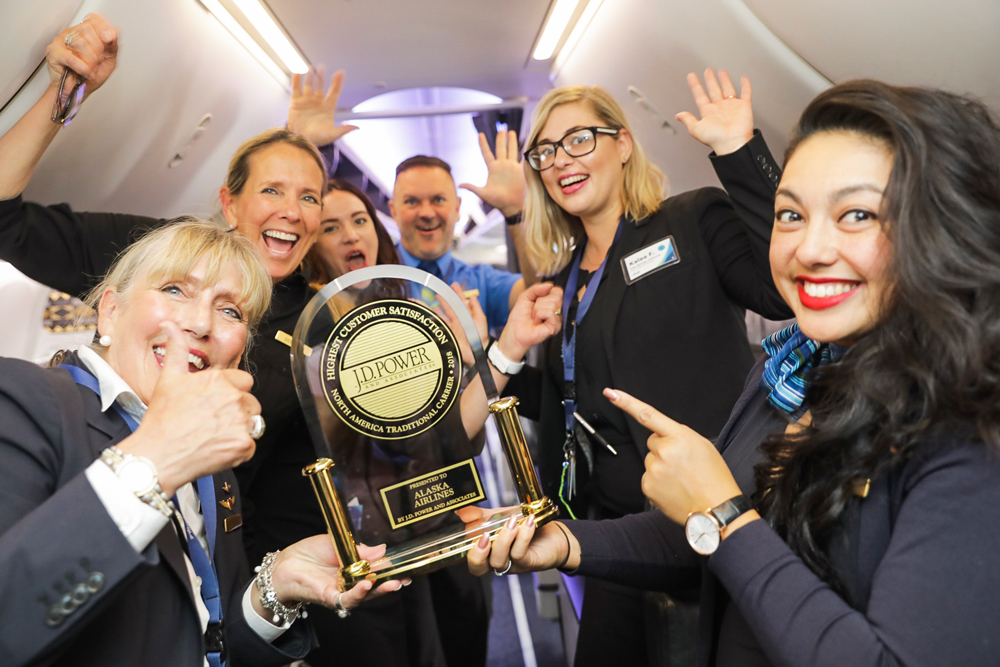 Most sustainable airline in North America – We’re honored the 2019 Dow Jones Sustainability Index ranked Alaska No.1 among North American airlines for the third year in a row. Globally, we ranked No. 7 and received top scores for corporate governance and efficiency. Learn more about our sustainability efforts here. 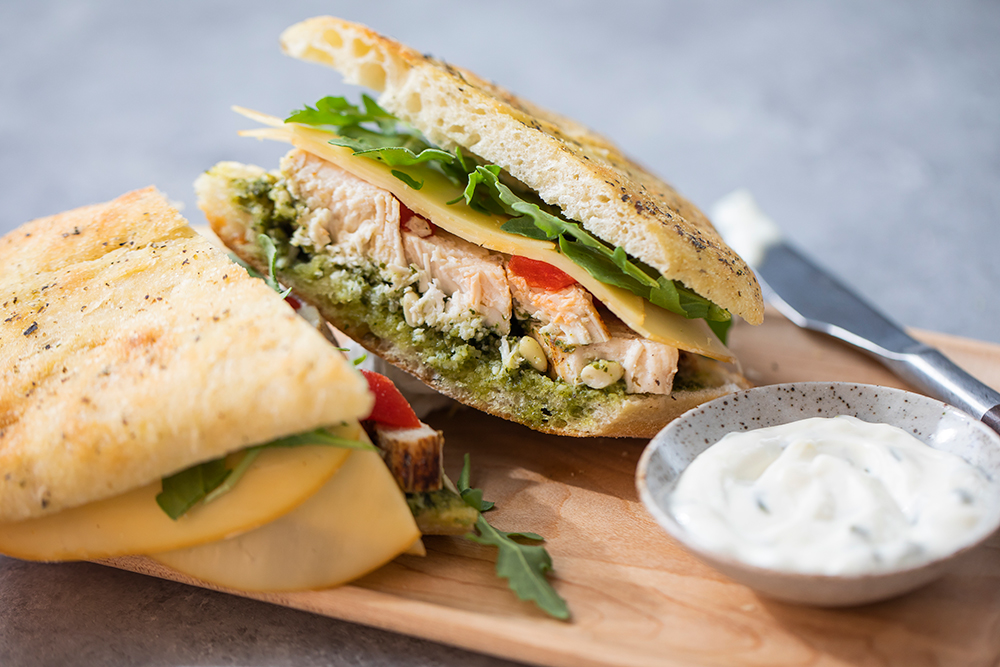 The healthiest meals in the sky – Alaska Airlines shares the top spot for 2019-20 as the airline with the ‘healthiest’ food choices in the sky as determine by the Diet Detective.